A GLIMPSE INTO PERSIA

Tweet
Iran- so often the topic of political discussions, and doesn’t top many travel bucket lists. That should definitely change
By: Hoi Mun Yee

ViewThis is where I die,” I thought to myself, as I braced for another attempt to cross a street in Tehran. Being a city boy myself, I didn’t think traffic can get any scarier than it is in Kuala Lumpur, I was wrong.

Tehran is the capital of the Islamic Republic of Iran, and home to around 10 percent of the country’s 80 million people. To say it is a busy city is an understatement, there are no empty roads, and no deserted corners until late at night. Rows of shops and mosques line up the streets and boulevards, against the sound of engines revving and honking cars. While it is not the most touristic city in Iran, it is the buzzing heartbeat of the nation, and there is no lack of activities for travellers.

Attractions like Golestan Palace, Azadi Tower, Tabiat Bridge, and various gardens are the go-to photo spots of Tehran, and they did leave me good impressions. Golestan Palace, in particular, is a nice place to learn about different dynasties in the Persian Empire. You can take a guided tour or an audio tour. 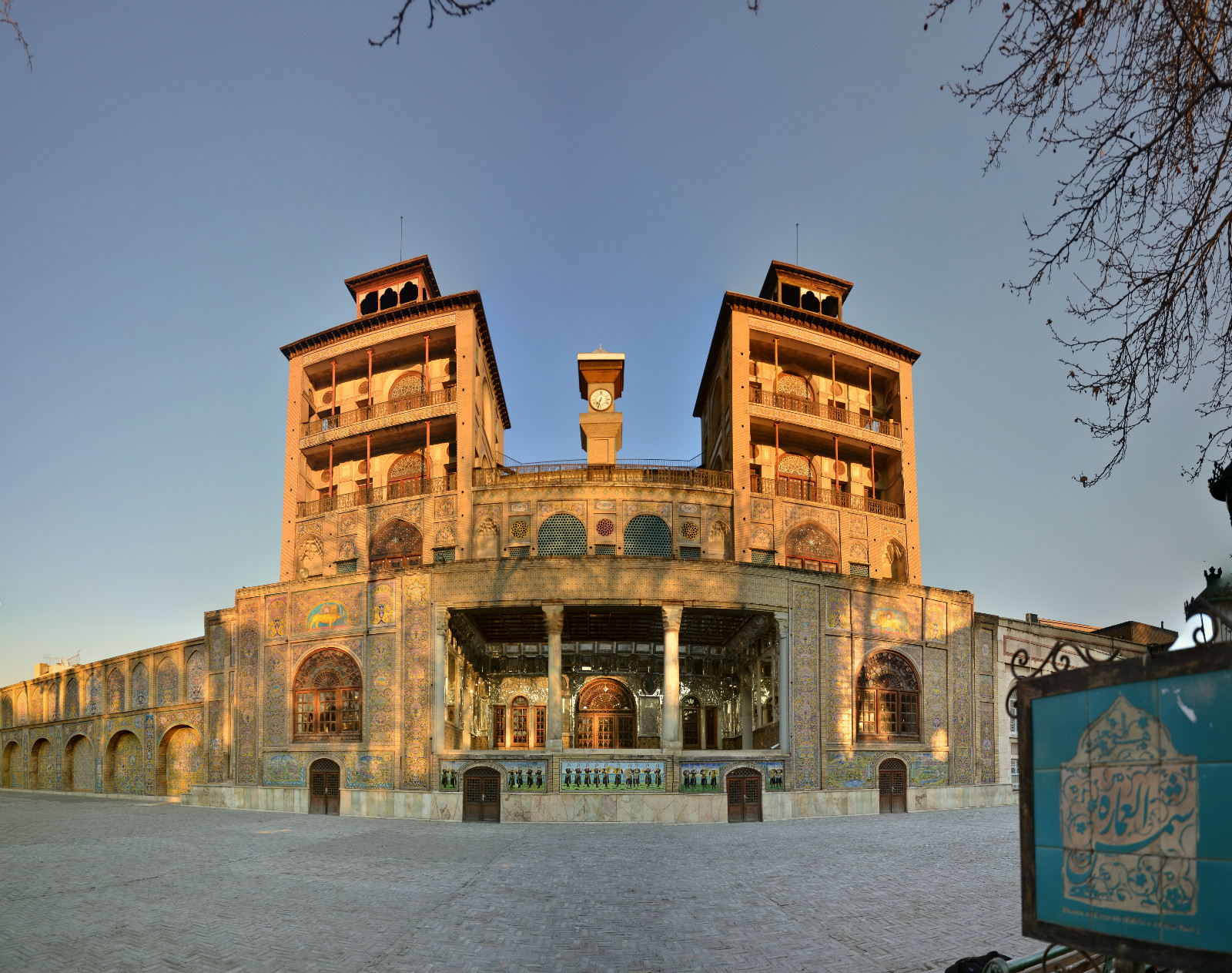 I also enjoyed my visit to Tabiat Bridge, a three-tiered pedestrian bridge offering nice views of the Tehran cityscape as well as a couple of nice cafes. It’s a popular spot for families, especially as dusk approaches. It isn’t exactly Dubai cityscape, but the mountains in the background made any building infinitely more beautiful as the sun set. Iran is a very mountainous country, with climates varying across the nation. Tehran gets hot and dry in the summer while the winter months might bring snowfall. 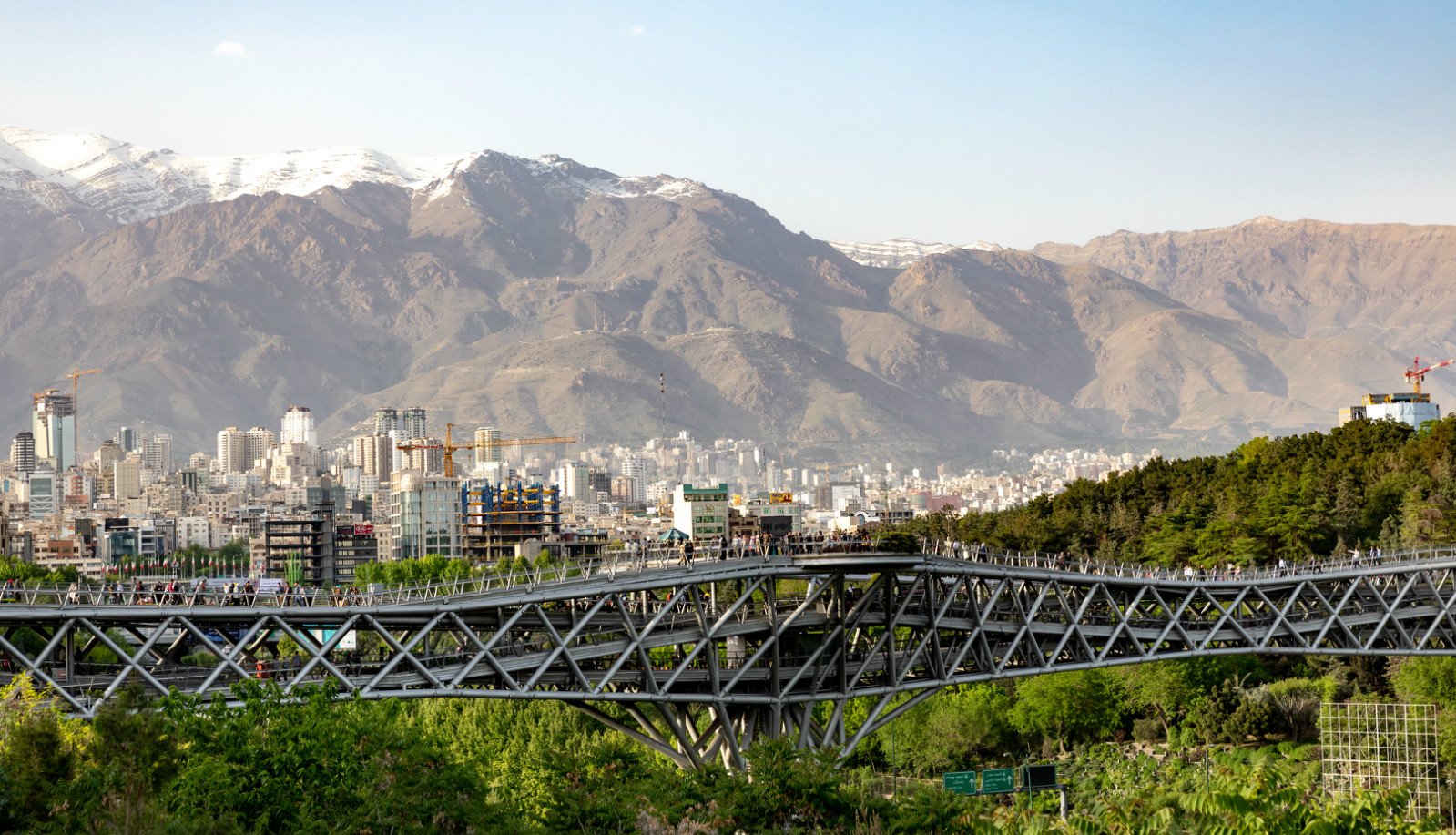 However, the highlight of my time in Tehran was witnessing the observance of Tasu’a, and the Day of Ashura, religious holidays of the utmost importance to Iran’s Shi’a Islamic faith. While almost no businesses were opened during the holidays, crowds, all dressed in black flooded the streets, especially parts within the vicinity of any mosques. I could hear religious chants, songs, Quran recitals, and see parades. This was also my first encounter with Iranian hospitality, as I was constantly offered food and drinks in the streets with my fellow traveller friends. We spoke no Persian, they spoke no English, but we communicated through the language of warmth. 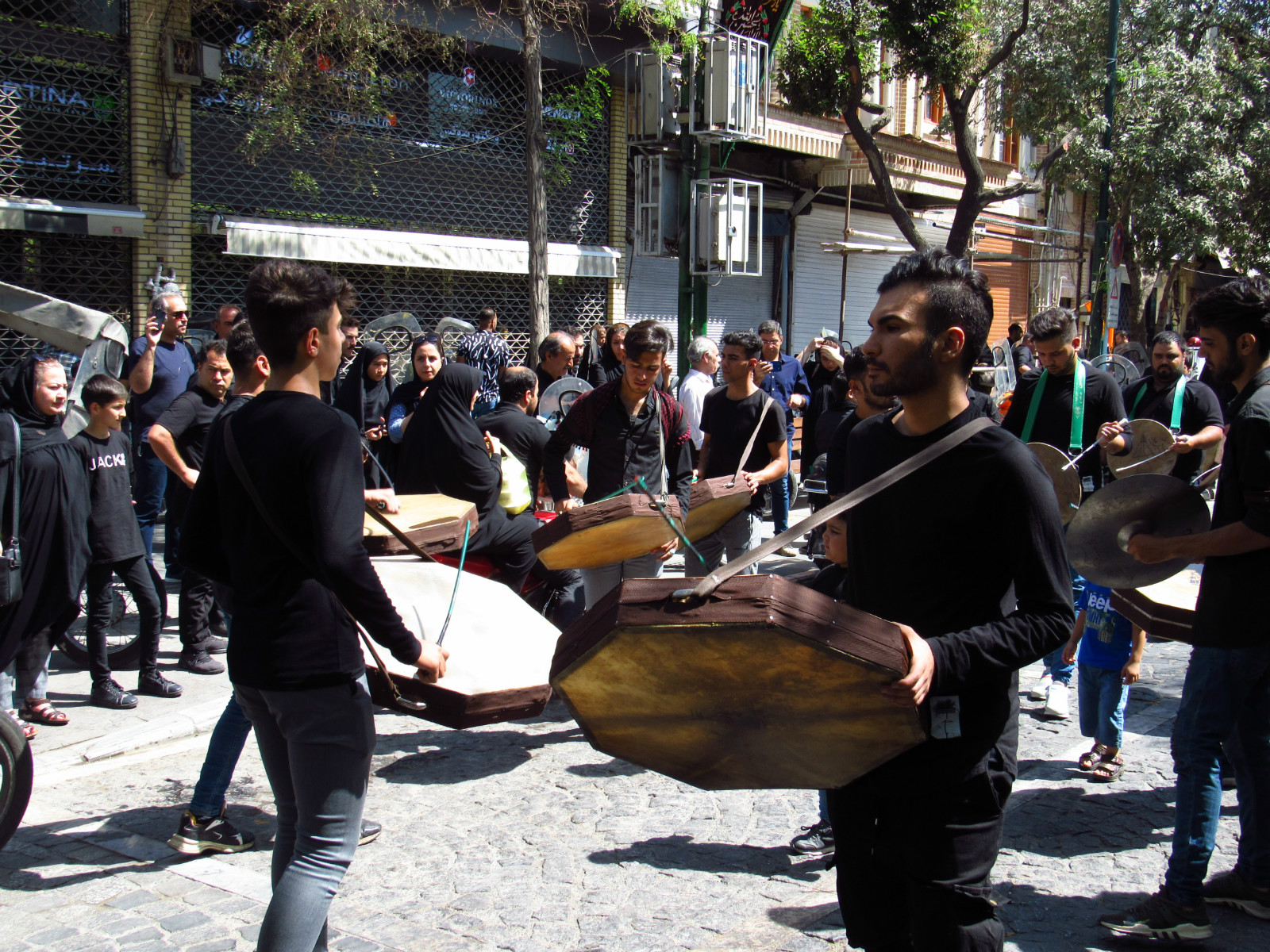 Iranian culture cannot be separated from religion, Islam, in particular Shi’a Islam, is present in almost every aspect of life. Religious holidays are not just days off for students and the workforce, the mosques are always full as people fully embrace their religious identities. Speaking about mosques, you can find a different mosque for every 10 minutes you walk, it is a place of worship, as well as a communal space.

It was on one of the public holidays that I decided to visit the Grand Bazaar, around 80 percent of the shops were closed. In contrast, I had became the attraction for the locals who were there, it’s not often Iranians see an obvious foreigner walking alone. I also made the mistake of wearing knee-length shorts, which is not illegal, but something that Iranian adult men don’t do. Lesson learnt, read up on local customs carefully before heading somewhere new! Women would need to always cover up their hair with a veil in public, and dress modestly, this applies even to foreigners. When in Rome, do as the Romans.

With the continuous international sanctions imposed on Iran, the country’s currency: the Iranian Rial, is constantly fluctuating. Exchange rates found online are generally unreliable so there isn’t much point to checking. At the time of writing, IRR1,000,000 is equivalent to around MYR37. You can get a good fulfilling meal easily under MYR10, so no worries about emptying your pockets on food; taxis are also pretty affordable, and usually very thrilling because of peculiar Iranian driving habits, best buckle your seatbelts.

East Azerbaijan and Tabriz in Pictures

As I was headed towards my eventual destination of the Republic of Azerbaijan (not to be confused with Iranian Azerbaijan- my immediate destination) in the North, I took an overnight sleeper train from Tehran to Tabriz in East Azerbaijan Province of Iran. Iranian Azerbaijan is inhabited mostly by ethnic Azeris instead of Persians. Whilst the official written language here is still Persian/Farsi, almost everybody converses in Azeri Turkish. I spent two nights here at the home of a local – my host Milad who was nice and eager enough to show me the highlights of the region. 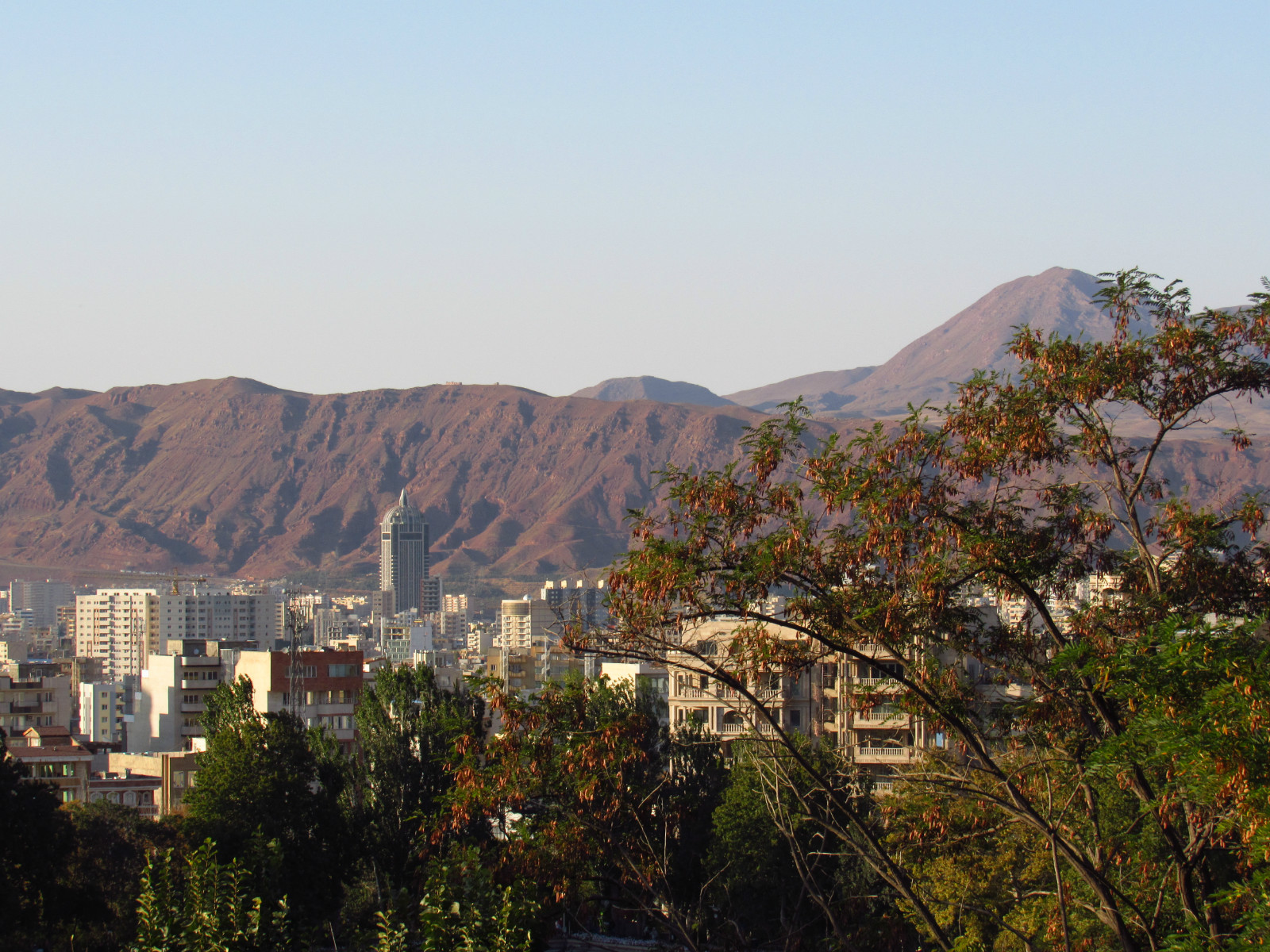 A view of Tabriz from El Goli Park

Tabriz is located much higher in altitude than Tehran, meaning summers are much cooler and winters much colder. I enjoyed the breezy weather in September, with temperatures staying between around 14 degrees celsius to around 18 degrees celsius. The landscapes of Iranian Azerbaijan are simply astounding. Long stretches of mountains and hills line up the out-of-town freeway, it’s quite the opposite of what you see in Tehran. You see the same reckless driving in the city, but when the last concrete building passes by, it becomes a scenic trail. 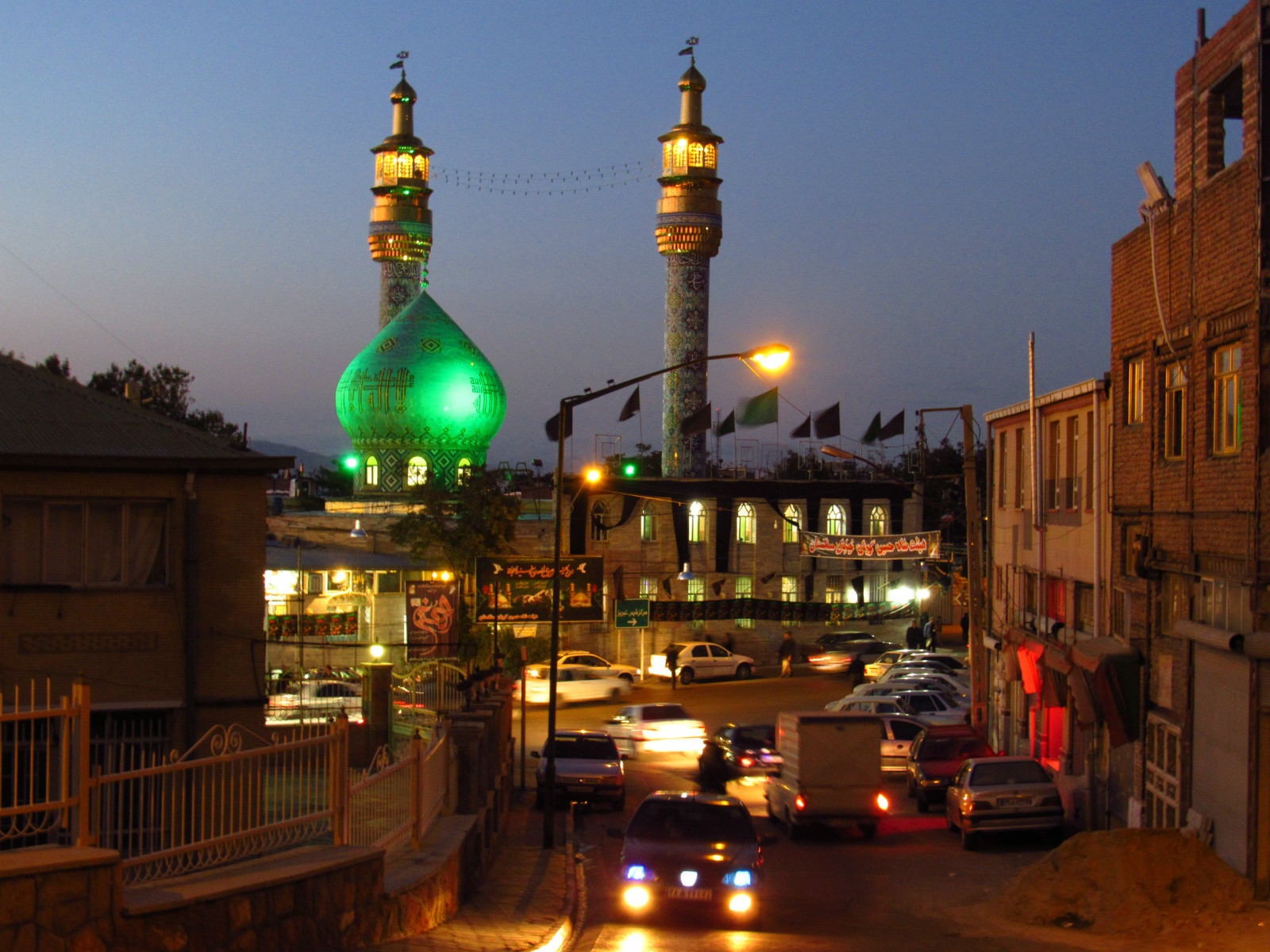 A mosque in Sardroud, a suburb of Tabriz

With the views out the window, the rides I took with Milad in the shaky old cab was so much more enjoyable, it was like driving through an oil painting. One area of interest my host highly recommended was Lake Urmia- a salt lake outside Tabriz, and it used to be one of the largest in the world. The lake is known for its red hue, caused by algae and bacteria. Looking closer, you see thousands of Artemia brine shrimp in the water, one of the few marine animals that thrives in highly-saline waters. 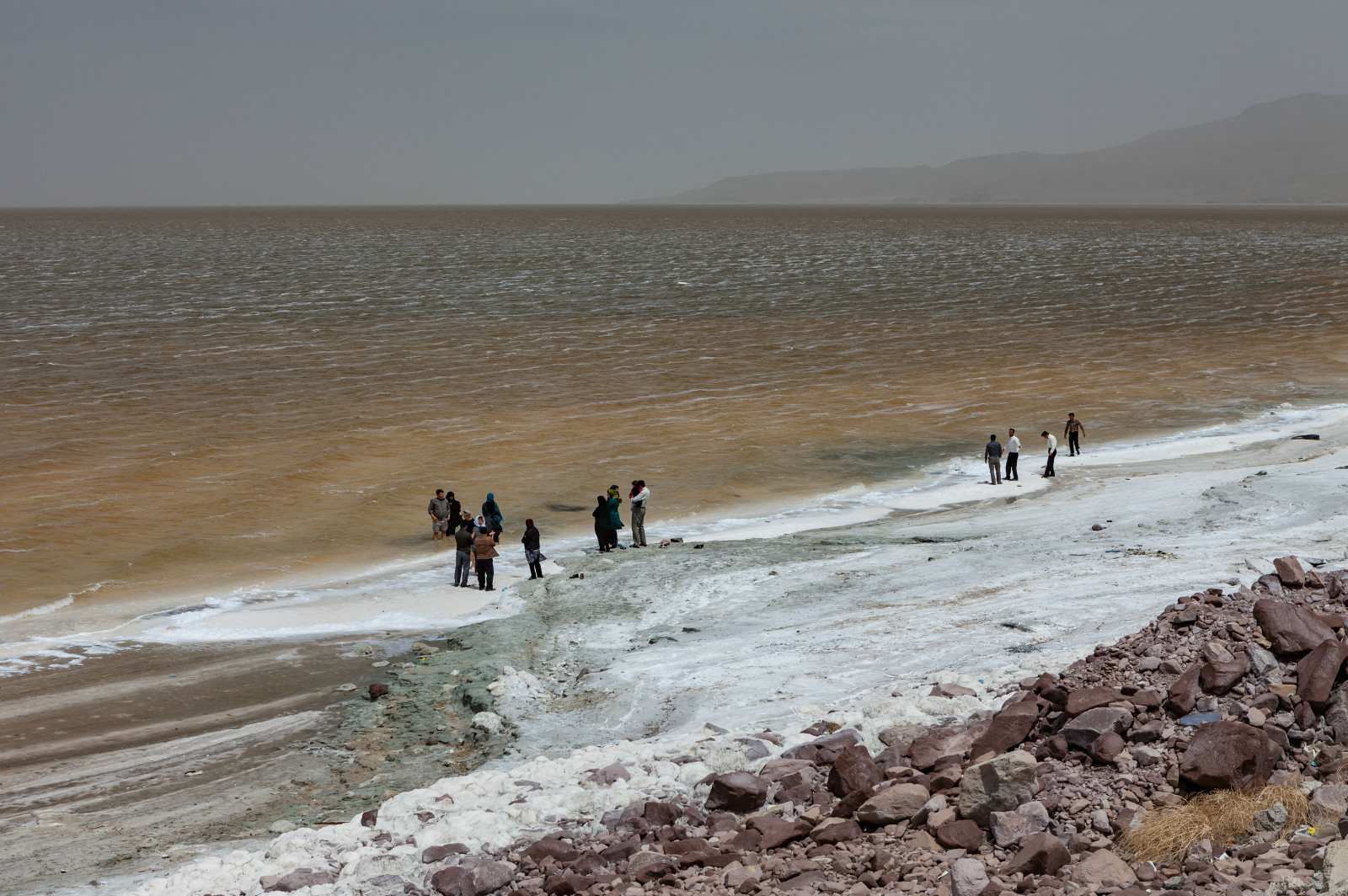 After visiting Lake Urmia, we pressed forward towards Kandovan, an ancient village of rock houses still inhabited today. It is situated at the foot of Mount Sahand, and is one of the top attractions in the region. I have never been to Cappadocia, but I imagine this is what it’s like. Amazing how these thousand-year old houses are rock solid and resistant against earthquakes. Parts of one of the houses had collapsed and nobody knows how to reconstruct it, so they just left modern construction stilts to keep it standing! 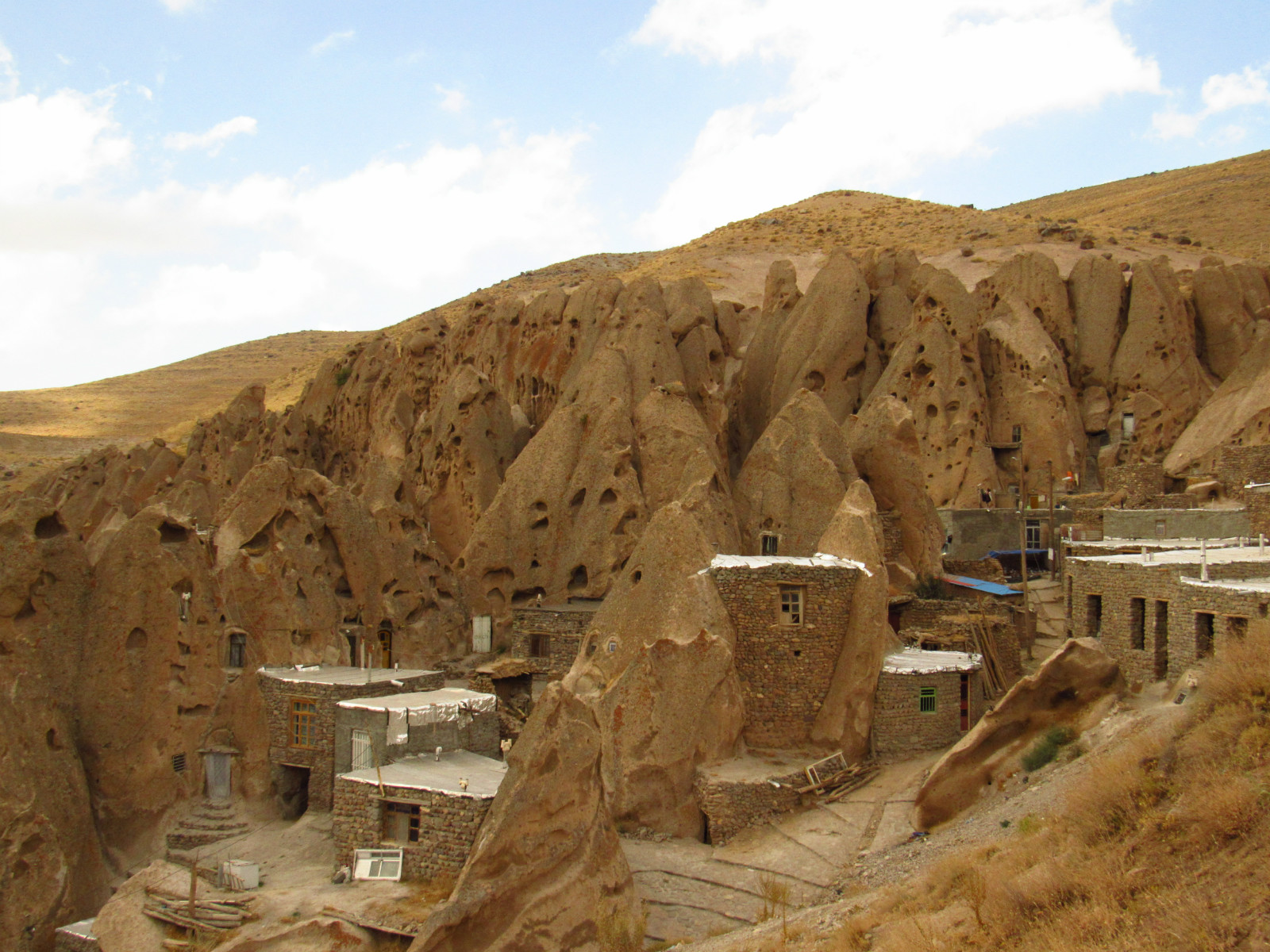 The ancient village of Kandovan

Tabriz city itself is known as World Carpet Weaving City. The carpets made here are regarded as the best in the world. On display at the local Azerbaijan Museum is one of the largest carpets in the world known as “mother,” flanked by its three smaller “daughters” in the background. Other monuments of the city include the iconic Sa’at Tower – city hall and municipal office of the Tabriz municipal government, featuring a symbolic clock tower. The city’s grand bazaar is one of the oldest in the Middle East, and is the largest covered bazaar in the world. It is also a UNESCO World Heritage Site, and I was lucky to witness parades and ceremonies for Ashura here, it was an otherworldly experience.

What can I say? I didn’t know what to expect for my first foray into the Middle East, I did have some doubts, but things turned out way better than I had hoped it would. Whilst the views were amazing, I am stunned by the enthusiasm and warmth of the people. There is no doubt I intend to return to this country in the near future, but expectations will be much higher!