Tweet
People have been sleeping on the Baltic states for too long, take a glimpse into the three UNESCO Heritage-listed capital cities
By: Hoi Mun Yee

What did I know about the Baltic states? I know it’s made up of three countries known as Estonia, Latvia and Lithuania respectively. I know Skype was founded in Estonia. I know they used to be part of the Soviet Union. I also know they don’t have very good football teams. That was about it, but I visited anyway, beginning with Estonia and slowly heading south to Latvia and Lithuania. Did you know the capital cities of all three nations are listed as UNESCO World Heritage Sites? Let's go through them one by one.

Fun fact: Skype- the app almost synonymous with video-calling technology, was founded in Estonia. Tallinn- the capital of Estonia is a bit of a mini Silicon Valley and a startup paradise, being one of the few former Soviet cities to emerge and really develop by leaps and bounds. Despite its tech undertone, Tallinn's historic center is one of the best preserved medieval old towns in Europe. 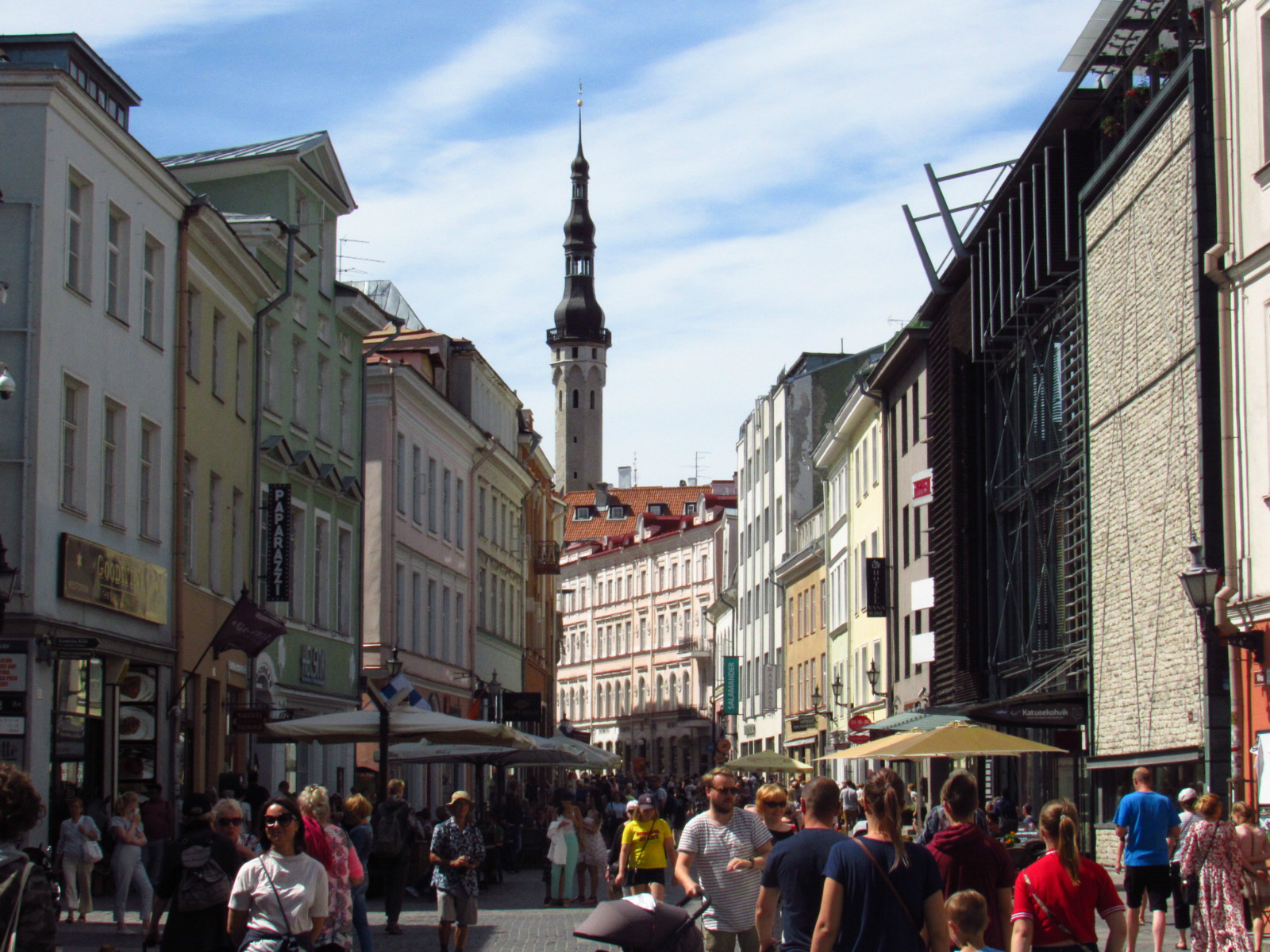 One of the best preserved old towns of Europe in Tallinn. Crowded with cafe patrons and tourists on a sun-shiny day. 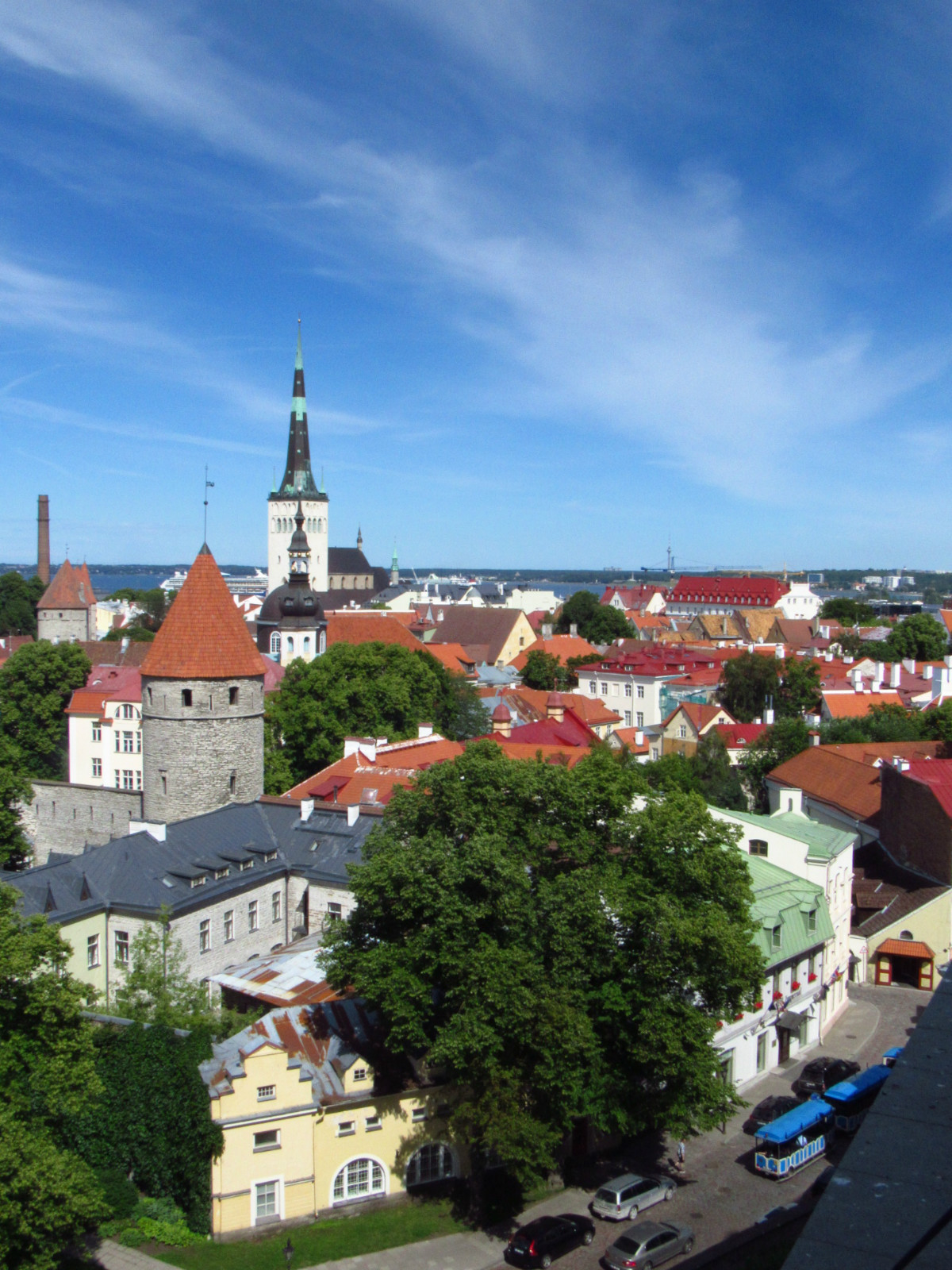 A view of the Old Town from Toompea Hill- a limestone hill in the town centre. 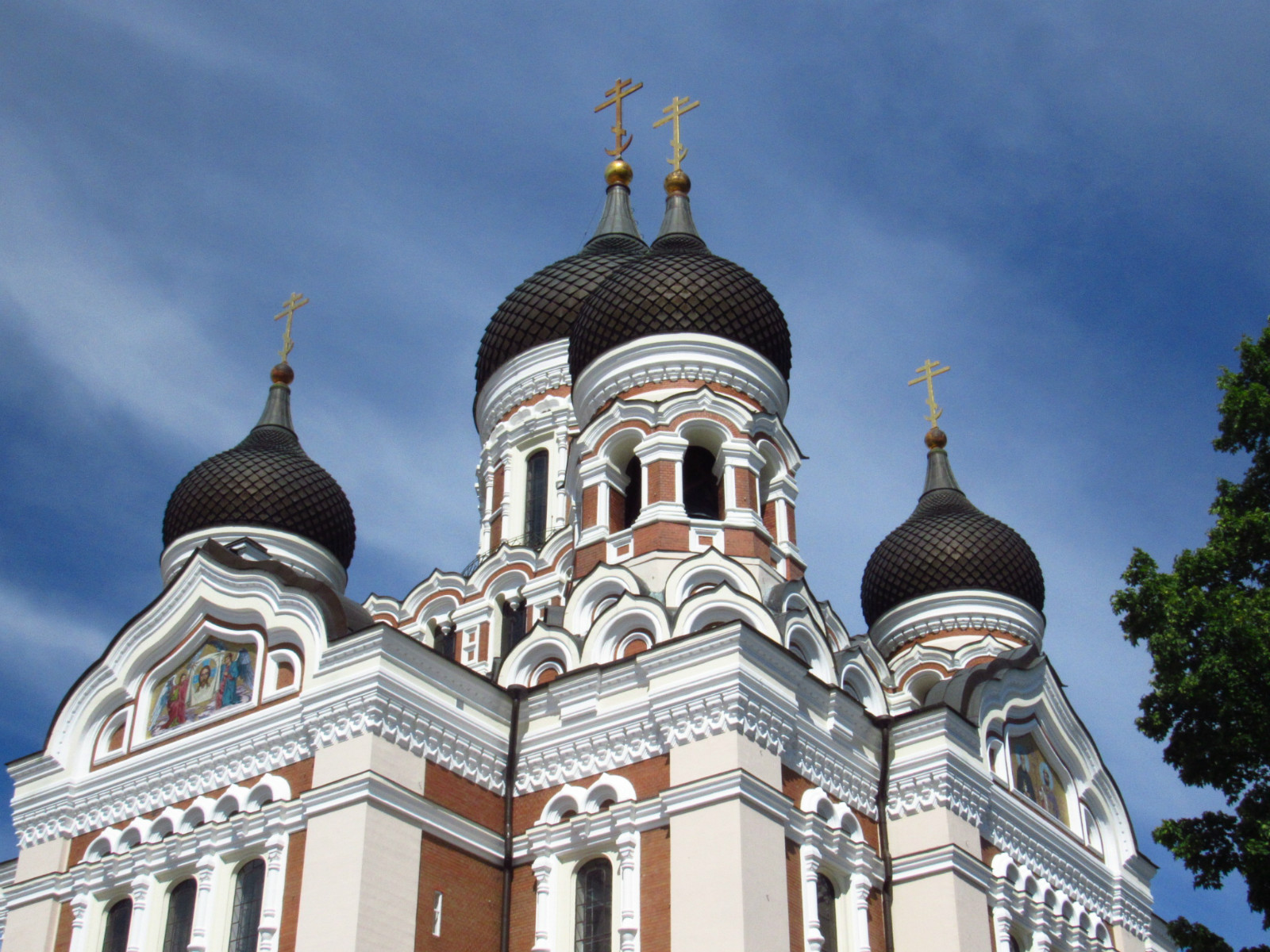 I was very impressed by the majestic Alexander Nevsky Cathedral. This is an example of remaining Russian influences in Estonia. Estonia used to be part of the Soviet Union.

The Baltic states in general, are quietly very technologically advanced. Latvia- Estonia's immediate neighbours to the south, happens to have one of the fastest internet speeds in the world. The Old Centre of Latvia's capital- Riga, known as Vecriga, is a conglomerate of colours and quirk. 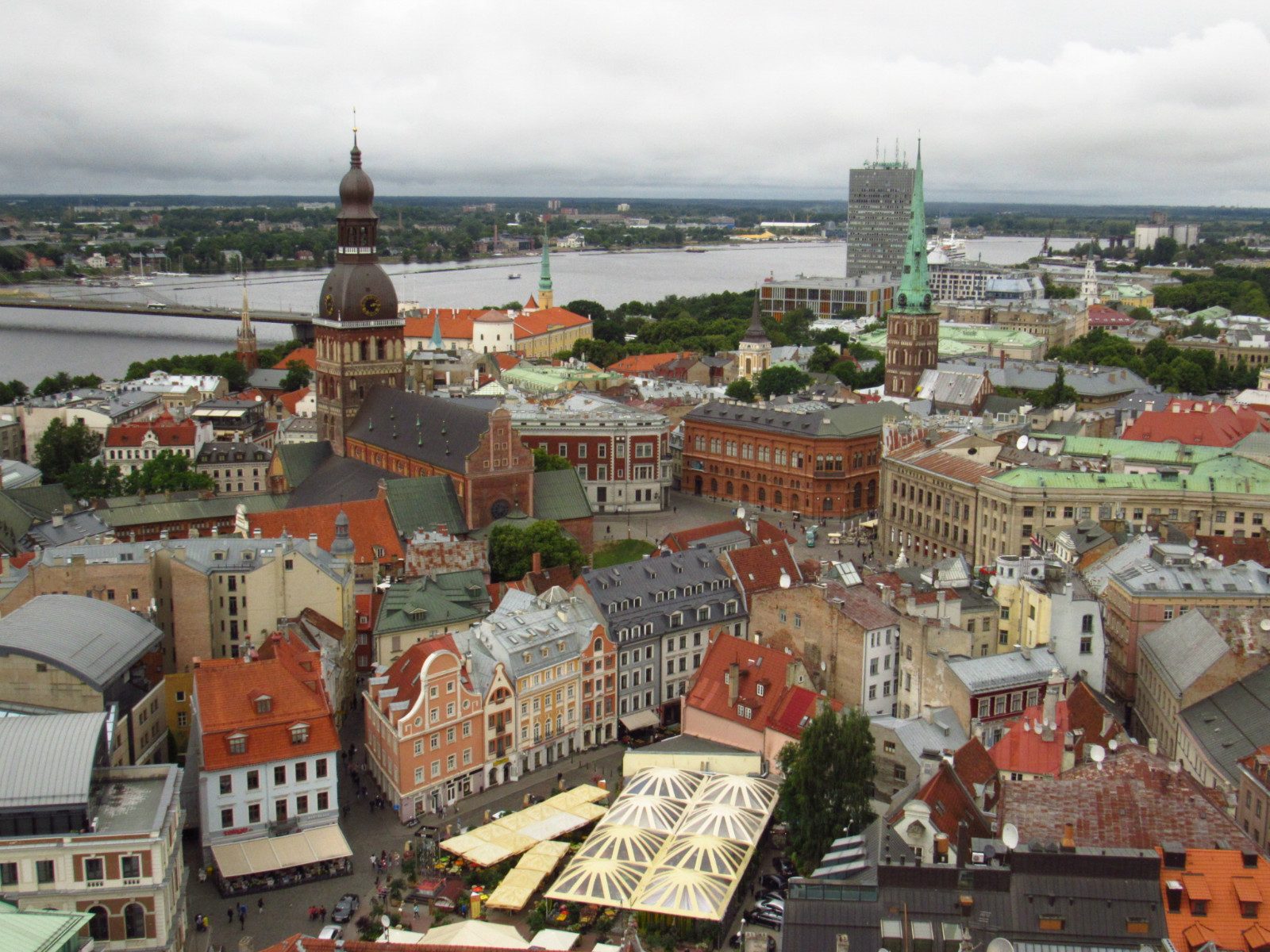 A panoramic view of Old Town Riga. The area is set against the river Daugava. I find Riga's old town more lively than the one of Tallinn, people were more out and about; cafes were crowded, it felt more like a party spot. 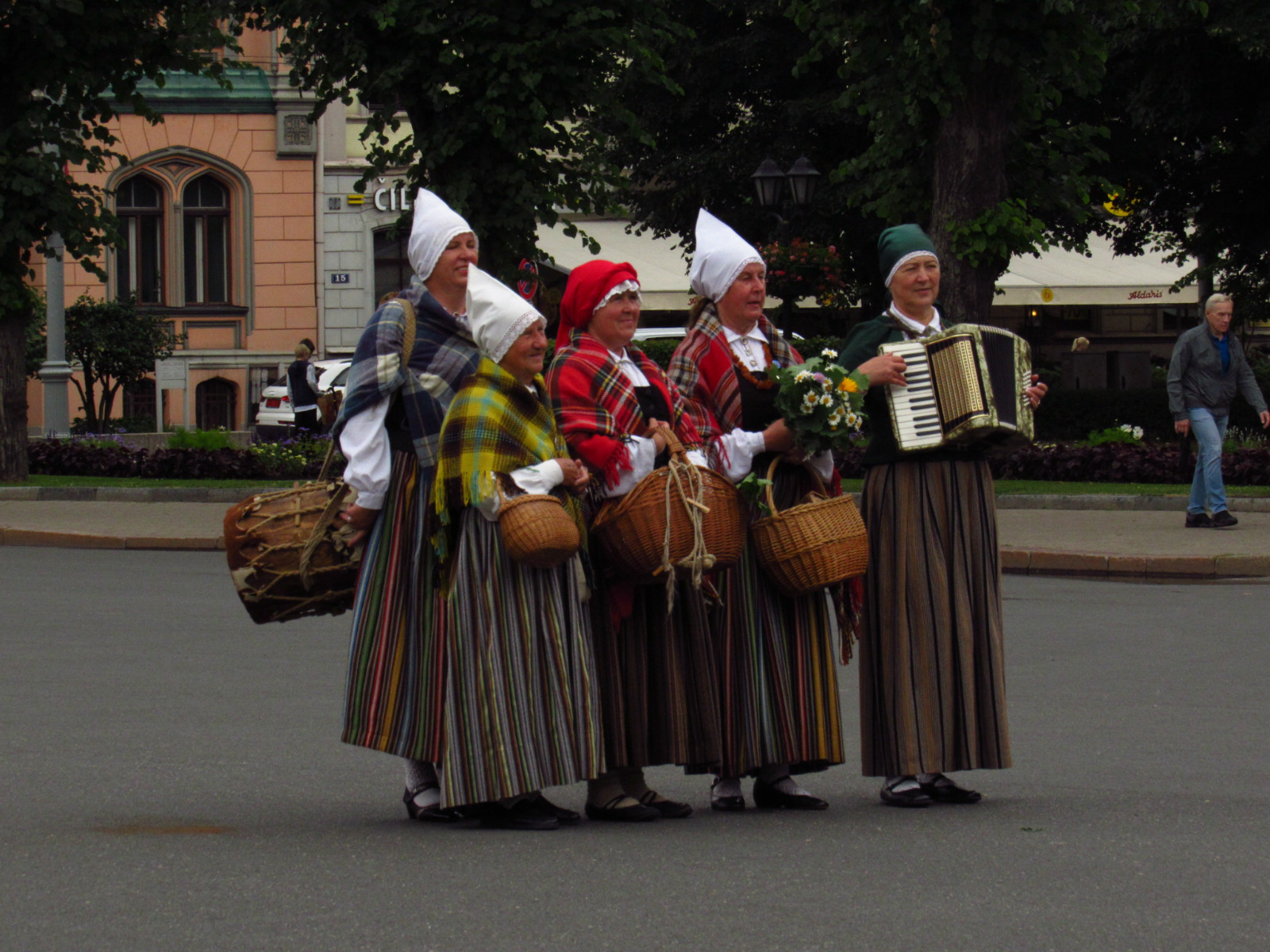 A group of women in lovely traditional Latvian costume. I find Latvian tradition to be a mixture of Germanic and Russian influences. Russian is the second most spoken language in Latvia.

Back in the 14th century, the Grand Duchy of Lithuania was the largest nation in Europe, but then it also included modern day Ukraine, Belarus and parts of Russia and Poland. Today, the Republic of Lithuania is only the size of West Virginia. Lithuania is the furthest south of the Baltic states. Of the three, Vilnius exudes the most artistic charm to me. 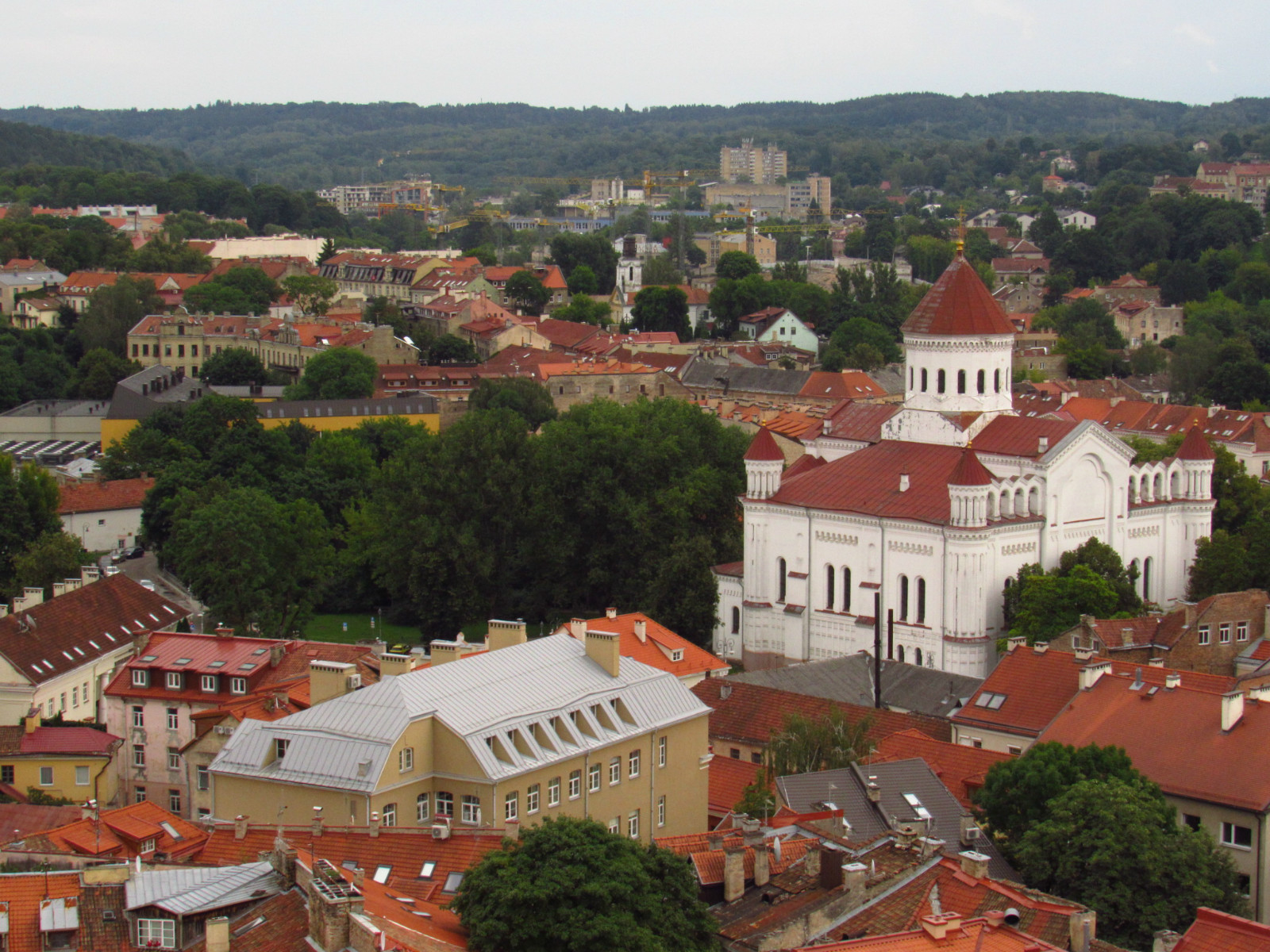 A view of Vilnius featuring Orthodox Cathedral of the Theotokos. I found Vilnius to be a little more bohemic and free-spirited than its Baltic capital counterparts not least due to the young artists living in Vilnius, the fanaticism revolving around their national basketball team. Yes, they are crazy about basketball, some people call it a religion. This is particularly notable considering Lithuania is surrounded by football nations. 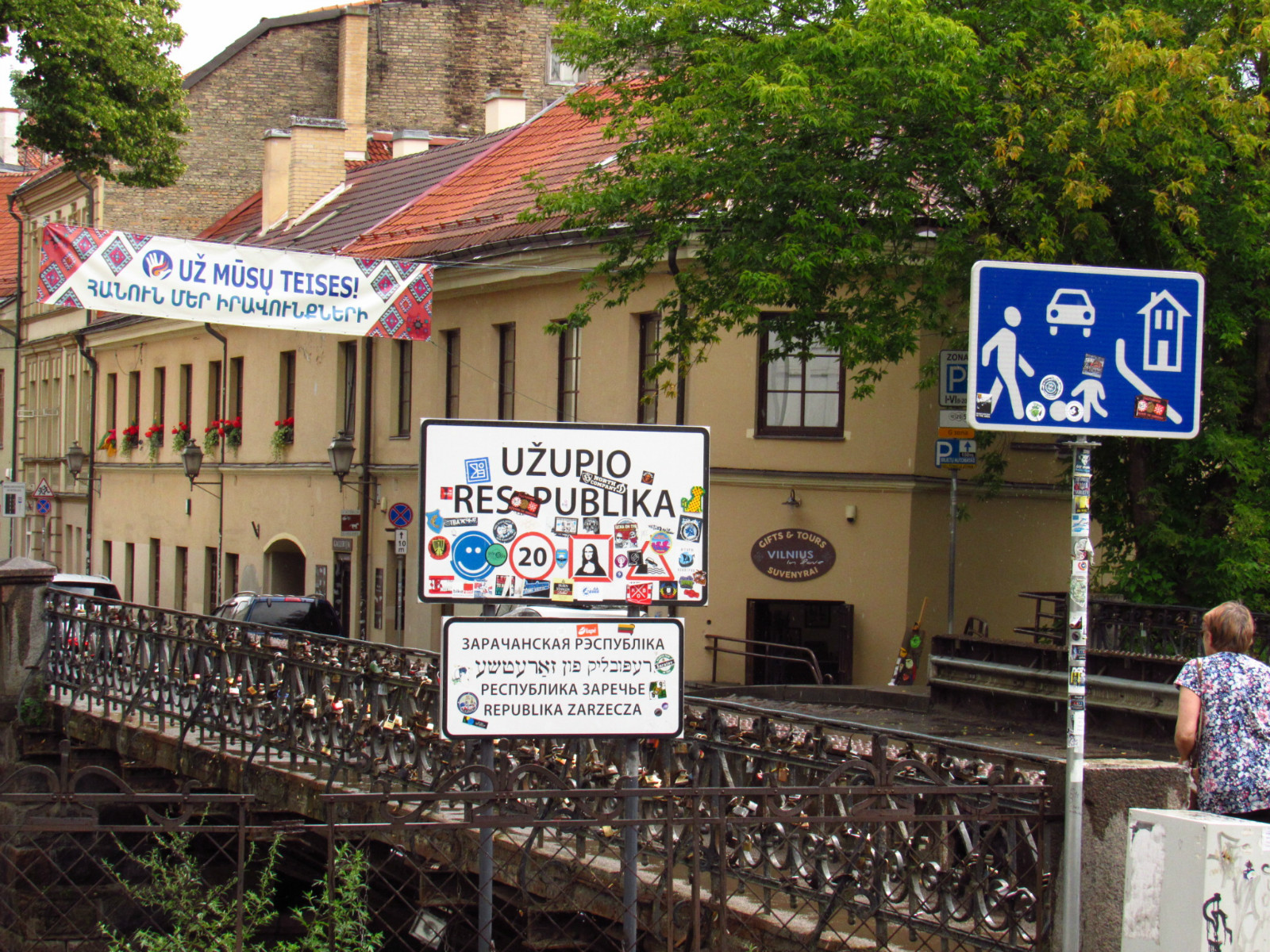 Have your heard of Freetown Christiana in Copenhagen? The Republic of Uzupis in Vilnius is of a similar concept but with less controversy. This “country” has its own constitution and parliament (a pub.) It is a popular neighborhood for young artists and some of their works can be seen along the river and on the walls making up the district. If you bring your passport to the tourist information centre, you can get an “official” stamp on it.