GLOBAL COMMUNITY IS THE ONLY HOPE FOR 1,000 ELEPHANTS

Tweet
Around 1,000 elephants are in danger of starvation now that tourists have disappeared as trekking camps in Thailand close
By: GHC Asia

It is not in Saengduean Lek Chailert’s (Lek) nature to leave any animals behind to suffer, but she faces her greatest challenge right now, as elephants are being left to die in Thailand, without food, proper care and chained up to prevent them from escaping, in the growing global crisis of COVID-19. 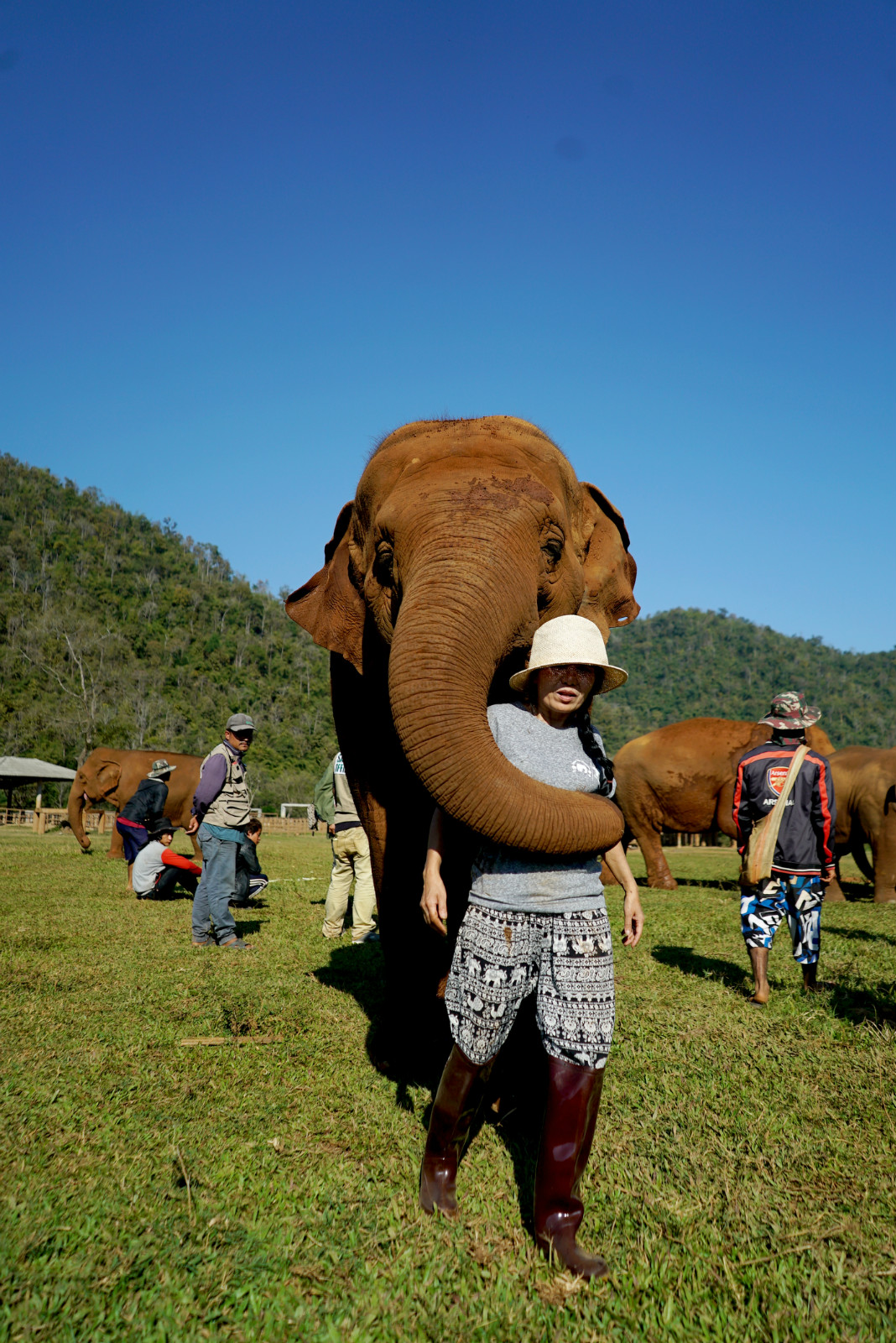 Lek would willingly take them to her existing sanctuaries she has lovingly created over the past 20-plus years in Chiang Mai, or build a new one, to save the approximately 1,000 elephants whose use in the outdated practice of tourist trekking, that was recently thriving, but is now more or less obsolete as camps, are forsaken.

Transporting elephants takes time, meticulous planning and with prohibitive costs, she simply cannot do this in time to save them, so the best option is to at least ensure they are fed, have access to water and are released from their chains where they are attacking each other, and fighting over scarce food supplies.

The immediacy of the crisis has her team urgently scrambling to raise funds, and if she is unsuccessful, the future in the next few weeks for these elephants is dire. Lek believes that this unspeakable current hardship for the elephants will most likely also result in permanent damage to Thailand’s tourism reputation if no action is taken.

“If there is no support forthcoming to keep them safe, these elephants (some of whom are pregnant,) will either starve to death or may be put onto the streets to beg. Alternatively, some may be sold to zoos and some may be returned to the logging business (which officially banned the use of elephants in 1989 due to its cruel nature). It’s a very bleak outlook unless some financial help is received immediately,” says Lek.

Lek already houses more than 3,000 animals, many disabled or emotionally unstable, at her Elephant Nature Park (ENP) and a frantic fund-raising effort is underway for food and medical needs to support these animals too. Some of the elephants require intensive, regular veterinary care.

ENP was established in the 1990s as a sanctuary and rescue centre for elephants. It is a leader in ethical elephant tourism in Asia and relies on the income from tourism and volunteers to support operations. Elephants at ENP spend their lives there free to roam as part of family groups. 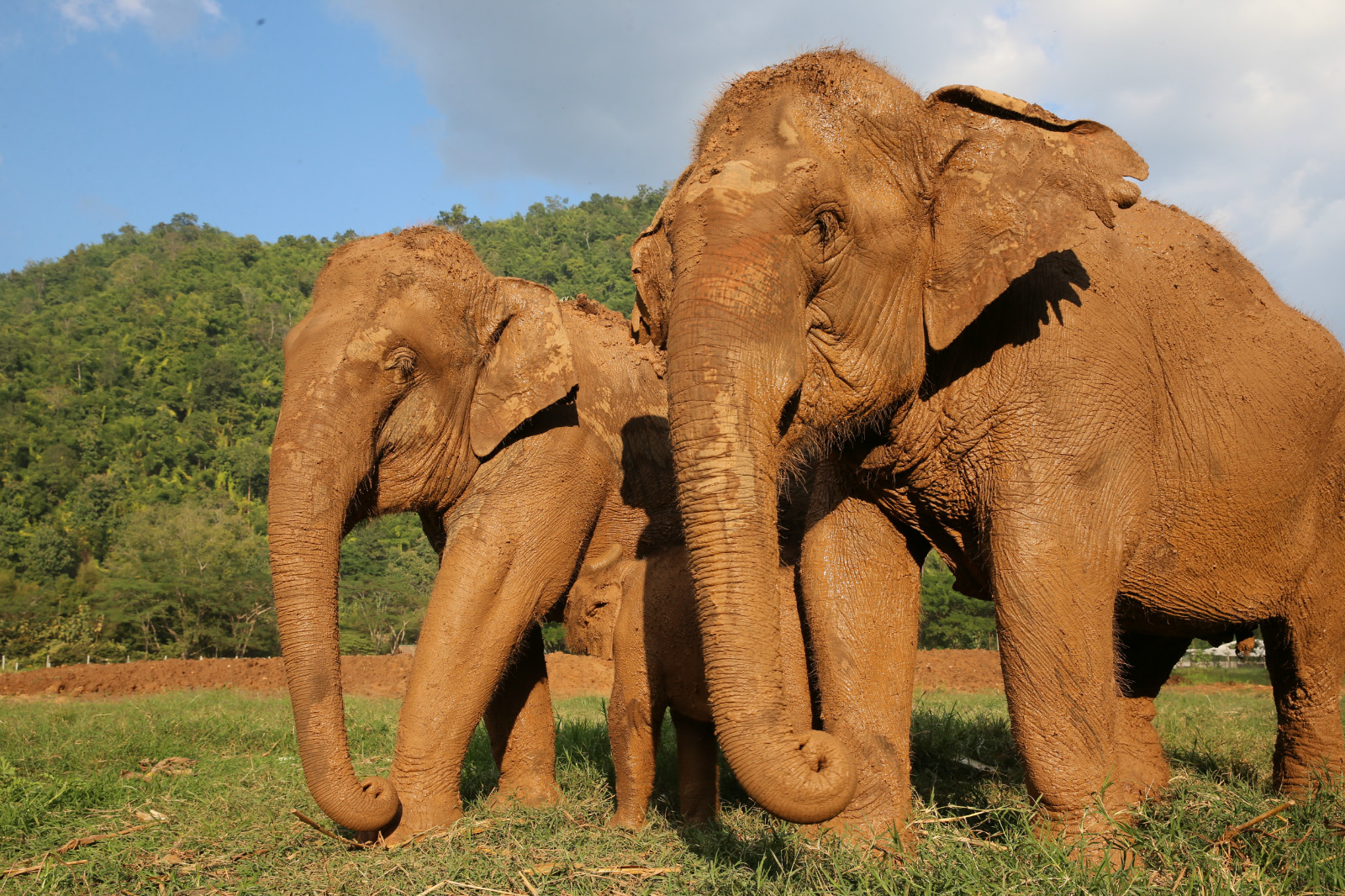 On her Facebook post this week, Lek thanks donors, saying: “I have been in touch with more than 30 elephant camp owners to help them find a way out of this crisis. My ability to help these animals is an extension of your generosity, I cannot do it without your help. There is no amount too big or small to positively impact the lives of these animals. Every dollar raised has always gone directly to Elephant Nature Park. However, now I will also share part of these donations to try and save elephants in other camps, where it is appropriate.”

According to Lek, “ If we received USD 45,000 in donations and it is matched, as promised by Trunks Up, the USD 90,000 could be used immediately to buy food, for urgent vet care for the wounds these elephants are now starting to inflict upon each other, and transport for the most vulnerable to a safe sanctuary.”

“Time is of the essence. A huge improvement within, say, 14 days could be achieved in 7 to 14 days to avert an appalling disaster. As such, I am calling on people to examine their conscience, philanthropists and companies who have philanthropic funds to step up now,” she adds. Only the global community can now save these giant mammals and Earth’s largest living animal, who are already at risk of extinction by 2040 according to WWF.

TRUNKS UP (https://jointrunksup.org) is a certified supporting organization which is currently MATCHING all donations, dollar for dollar, up to US$45,000. Donations can be made via the site at this link: http://spot.fund/trunksup

Where the money will go:

USD 30 will feed an elephant for a day

USD 20 will feed a dog or cat for one week

USD 10 will feed a pig, cow, or buffalo for one week

USD 8 will feed a monkey for one week

USD 5 will feed a rabbit for one week