HOTELS THAT BRING OUT THE ANIMAL

Tweet
​Animals aren’t often part of the program at most hotels, but these places aren't most hotels
By: Balcony Media Group

Catching a glimpse of locally iconic wildlife usually involves a trip to a local zoo, or better yet, a safari. However, a few hotels from the Middle East to the Far East have become the beneficiaries of some very charismatic characters. Here’s how those resorts and hotels are embracing animals up and down the taxonomy ranks, from camels to turtles. 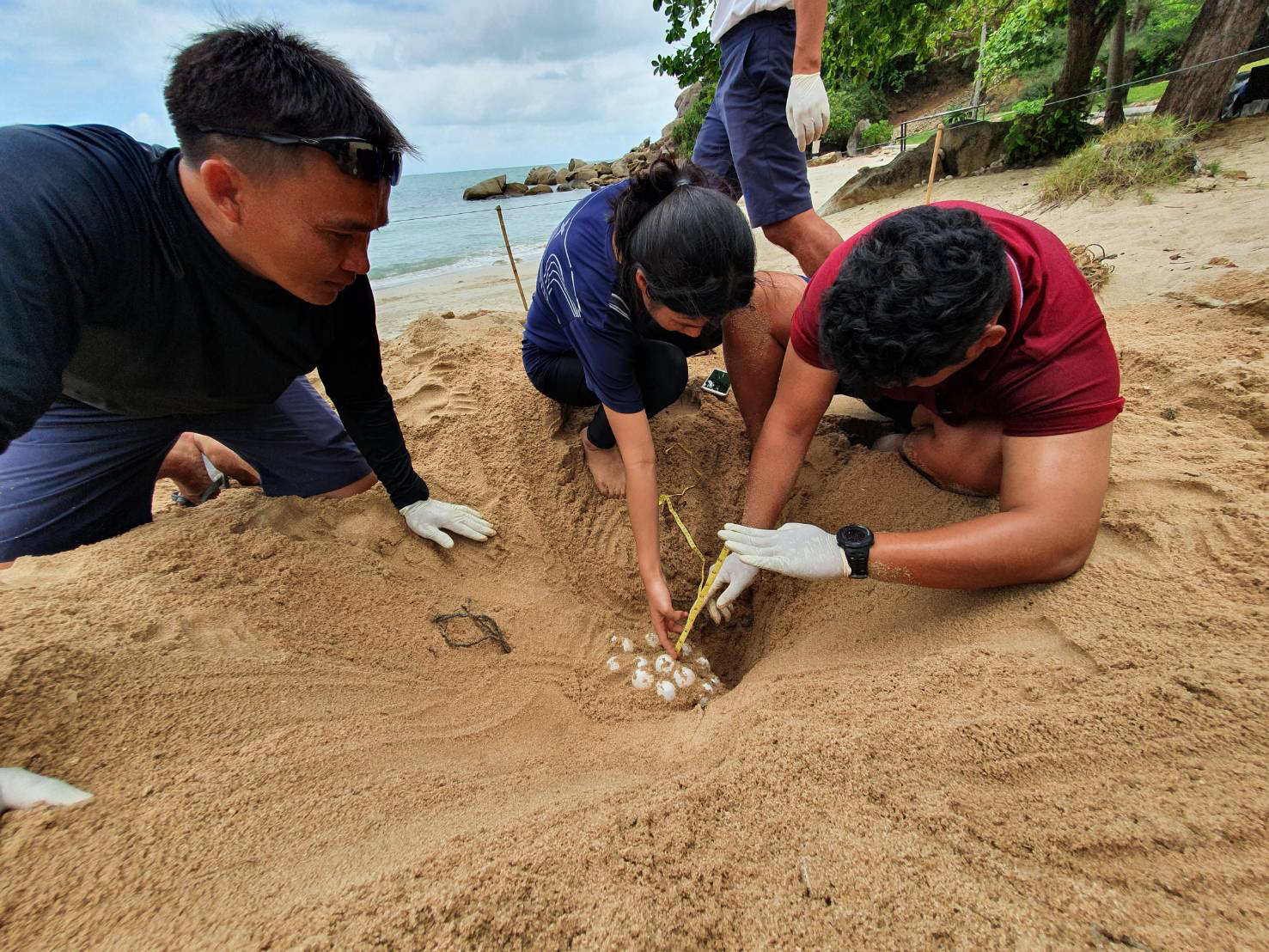 It’s very rare for a sea turtle to lay her eggs on a strand that’s usually strewn with beach towels - usually they seek a hidden shore on a remote island, but this mother turtle got lucky in choosing the private cove at Banyan Tree Samui as a nesting place. For not only is the resort the highest ranked hotel in Thailand (by watchdog EarthCheck) in terms of eco-friendliness and sustainability, but it also employs a marine biologist as CSR manager. When the giant green turtle laid three clutches of more than 200 eggs on the beach in February and March, the Banyan Tree team got together with local vets to monitor the eggs and build a fence around the nests to keep out predators such as monitor lizards. Needless to say, the beachfront enclosure has become adopted by the guests at the resort as something of a cause célèbre. The eggs are due to hatch by April 12. 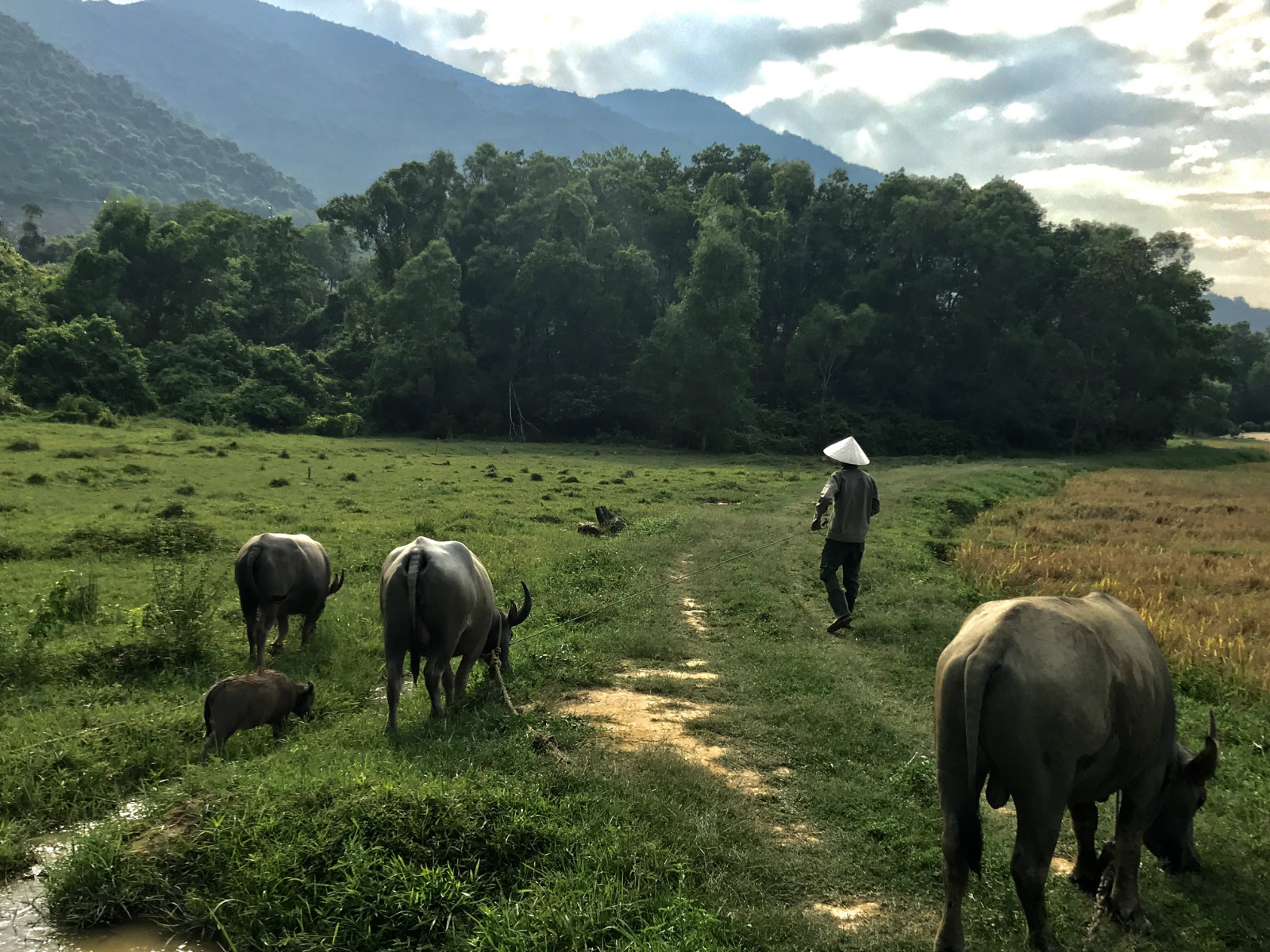 At Laguna Lang Co the legwork involved in maintaining the resort’s championship golf course is shared between man, machinery and beast. A family of water buffalo -- father Tu Phat, mother Chi Chi, eldest calf Bao, and newest arrival baby Luna -- sprang to prominence last year as media around the world learned about their roles as “bio-mowers” on the spectacular Sir Nick Faldo Signature Design track. The bovine brood have been vital in helping to maintain the elevated status of the layout, which winds its way through tropical jungle, ocean sand dunes and rice paddies and was ranked as the best in Vietnam at the 2019 Vietnam Golf Awards. They help to manage the seven-hectares of rice fields located right in the middle of the course by eating excess weeds and crops in the area that would otherwise require machinery and manpower to maintain. “Continually mowing the fields to maintain vast rice terraces can consume a large amount of labour and fuel,” said Adam Calver, Director of Golf at Laguna Lang Co. “The water buffalo act as bio-mowers and help us protect the natural feel of the landscape. Since we introduced the buffalo we have seen a number of birds moving in as they feast on the insects as the animals till the soil.” 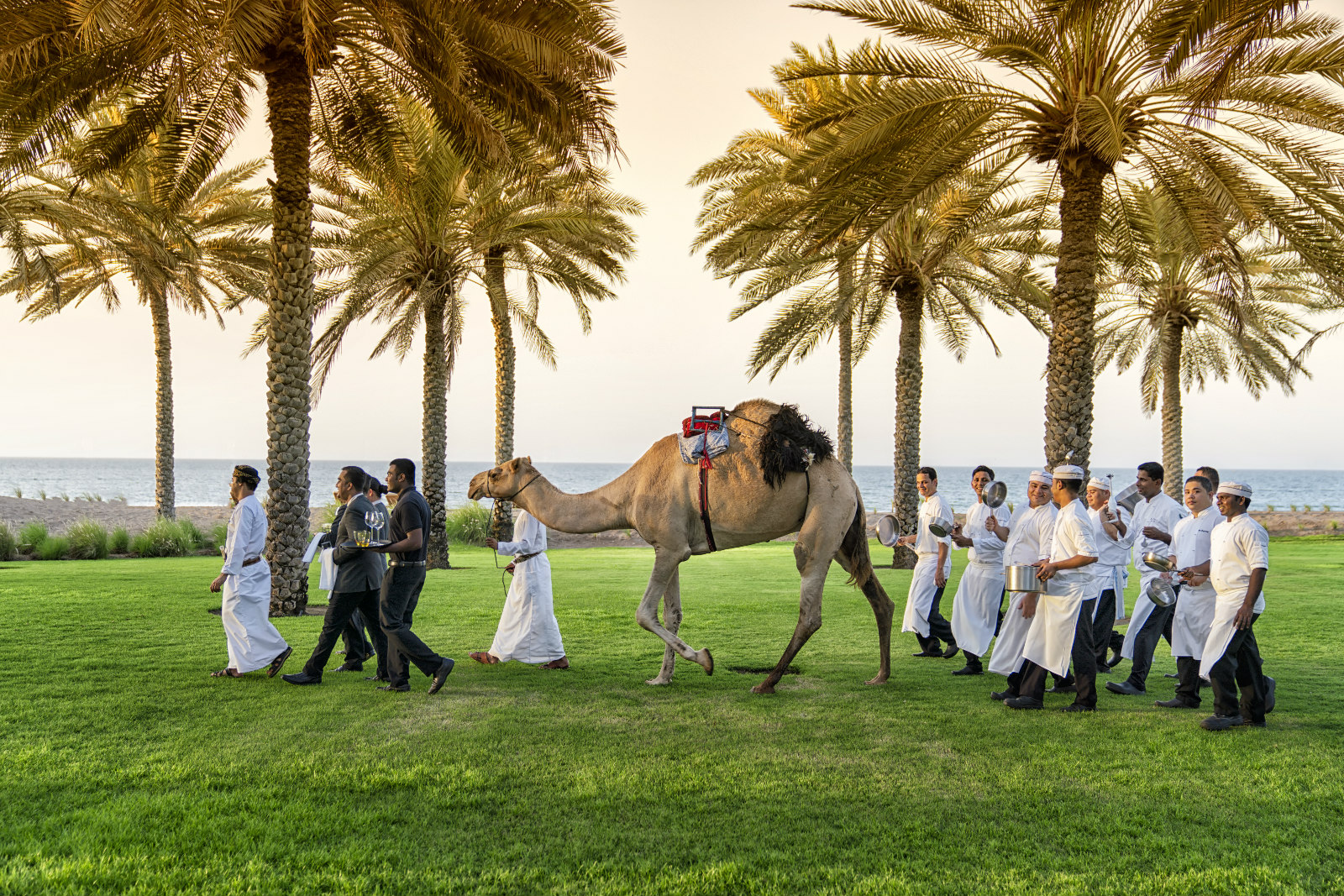 They’re not letting the camel get his nose into your tent, or onto your plate at The Chedi Muscat, but they have enlisted a local dromedary as guide on a culinary journey through one of the most exquisite resorts on the Arabian Peninsula. The new ‘Caravan of Taste’ adventure is a five-stop, three-and-a-half-hour tour of the hotel’s contemporary interpretations of cuisines developed in Arabia, India and Japan. The journey begins with a Prosecco in the Lobby Lounge Courtyard, where the hotel’s culinary impresario, aka the chef, details the night’s routing. The caravan sets off in the camel’s path to the beat of a drum, pausing en route by the 103-metre Long Pool for Japanese appetisers at the pool’s cabana in a family-style set up. From there, it’s down a sandy path to the hotel’s Beach Restaurant for an array of seafood. The camel’s final stop of the evening is at the Serai Pool, for shisha and dessert. 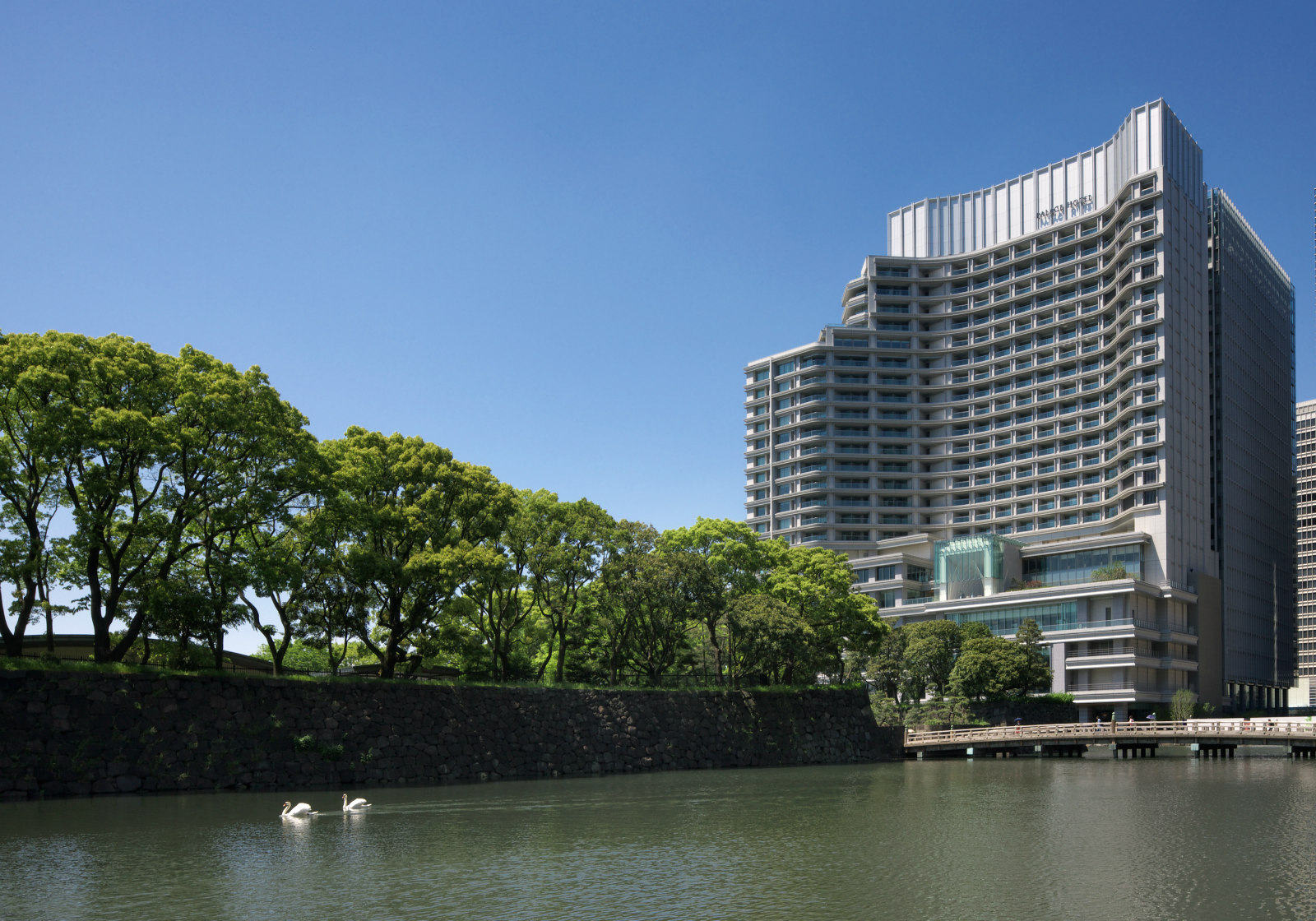 The lone Imperial swan that graces guests with its presence in the moat abutting Palace Hotel Tokyo is best viewed from the spacious outdoor terrace of the hotel’s Grand Kitchen restaurant. The regal animal is visited by the occasional crane but its life-long mate sadly passed away over a year ago. Each of the Imperial Palace’s other 11 moats has a pair of swans that still officially belong to the Emperor of Japan. The graceful animals have long been associated with nobility. In Britain all unmarked mute swans used to belong to the Crown (wealthy landowners marked their swans). Although still technically true the Queen doesn’t lay claim to the birds but they remain protected under a wildlife act.