Tweet
This hyper reality homage to the blockbuster film is the first of its kind in the world
By: Resorts World Genting

All aboard! The 9pm Train To Busan from Resorts World Genting is about to depart. Stopping at all stations, including the zombie-infected Seoul Station, the over-run Daejeon station platform and the toxic Chemical Cargo Train en route to Busan. Have a pleasant trip. It is a journey that you’ll never forget, 100 percent.

On 30 October, specially for the media, the Train To Busan Horror House experience opened its doors. Nearly 200 attendees were at the event led by Roger Ong; Assistant Vice President of Entertainment & Events from Resorts World Genting together, and Jed Mok; Chief Executive Officer of VividThree. The duo gave a spectacular launch of the multimillion-ringgit production horror house.

“I hope that everyone will have a very good time,” says Ong. “We have spared no expense in recreating and replicating the world of the blockbuster film Train To Busan. It is truly a unique set- up and we hope our guests will love the experience. This Horror House is part of our drive to continue innovating and consistently introducing new and unique experiences found nowhere else in the world but at Resorts World Genting." he adds.

"The Train to Busan railway office is now open. I have my ticket, and I hope you do too. Please come aboard and let Resorts World Genting take you on a thrilling ride.” 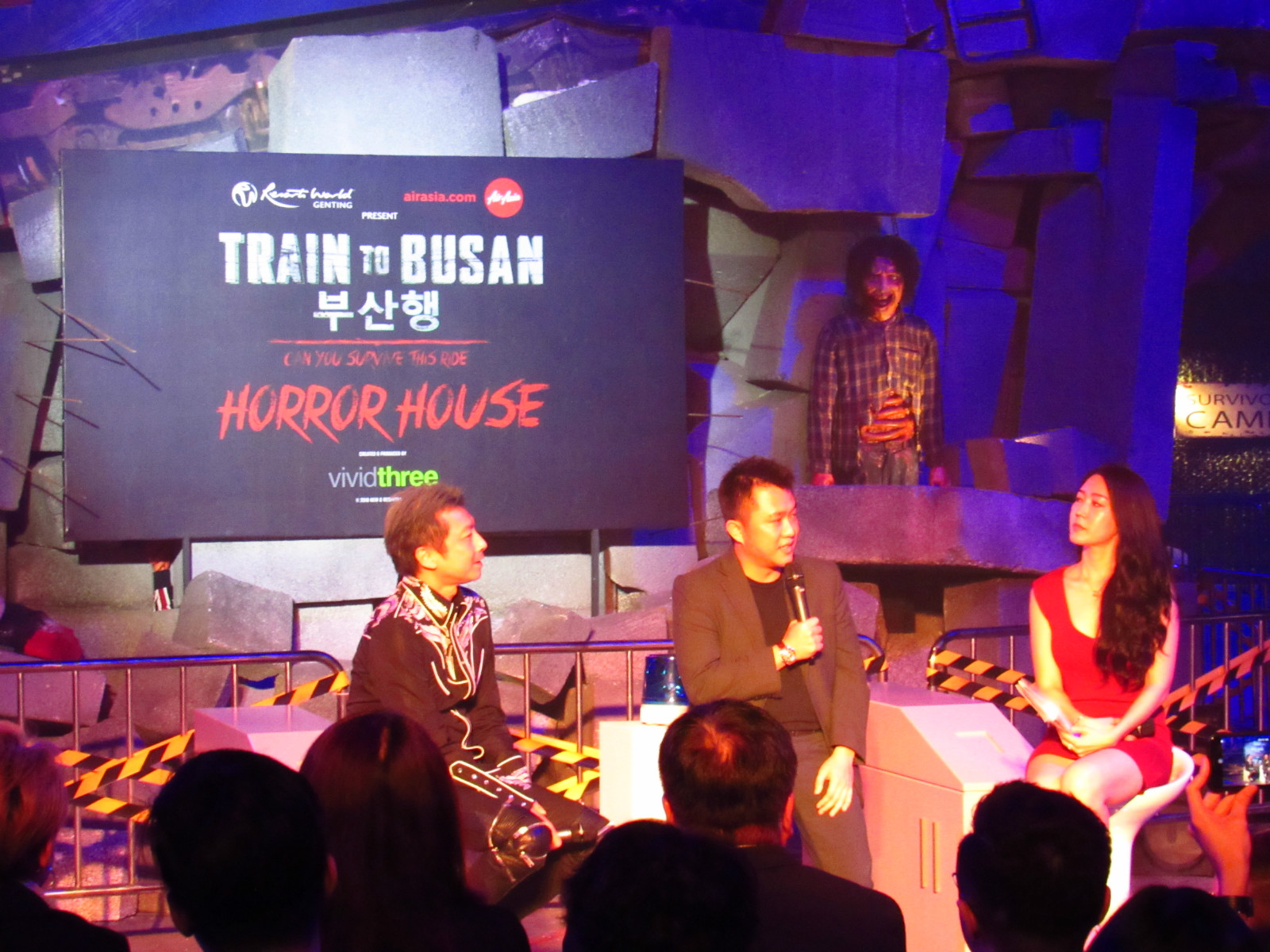 When asked about the idea behind the horror house experience, this is what Mok has to say, “We asked ourselves: what we would do if we were one of those ordinary, everyday Koreans that somehow got caught up in a zombie apocalypse? What would have happened if we made a different choice in those scenarios, compared to what was done by the movie’s characters. It was really fun to brainstorm over what could be done and how we could expand the universe. But it was also a huge challenge, as working with a successful IP like Train to Busan is a daunting task, not least because there are so many fans around the world that love the movie. I believe we have done a great job and come experience it yourself!”

Based on the blockbuster 2016 South Korean zombie apocalypse movie Train To Busan, Resorts World Genting is unleashing a railway line of horror for two months that will offer a unique blend of horrific thrills and scary fun to fans of the movie and fans of horror in general. With a global box office gross exceeding US$93 million, Train To Busan is one of the highest-grossing Korean films ever. In Malaysia, it grossed over RM21 million and still ranks as the top Korean film of all time in the market. So, local and global audiences will be familiar with the story of a father and daughter attempting to survive among a zombie outbreak – which has been described as ‘a thrillingly unique and pure entertaining take on the zombie genre’ with ‘plenty of social commentary… and skilfully staged action.’

All those elements, which made Train To Busan a runaway cinematic success, have been carefully transitioned into a unique, one-of-a-kind hyper reality experience at the Train To Busan Horror House experience. Developed collaboratively between Resorts World Genting and virtual reality specialists Vividthree, the Horror House blends practical effects, intricate sets, as well as cutting-edge visual and virtual technology to fully immerse guests into a familiar world where the stakes are high and terror is always just around the corner. 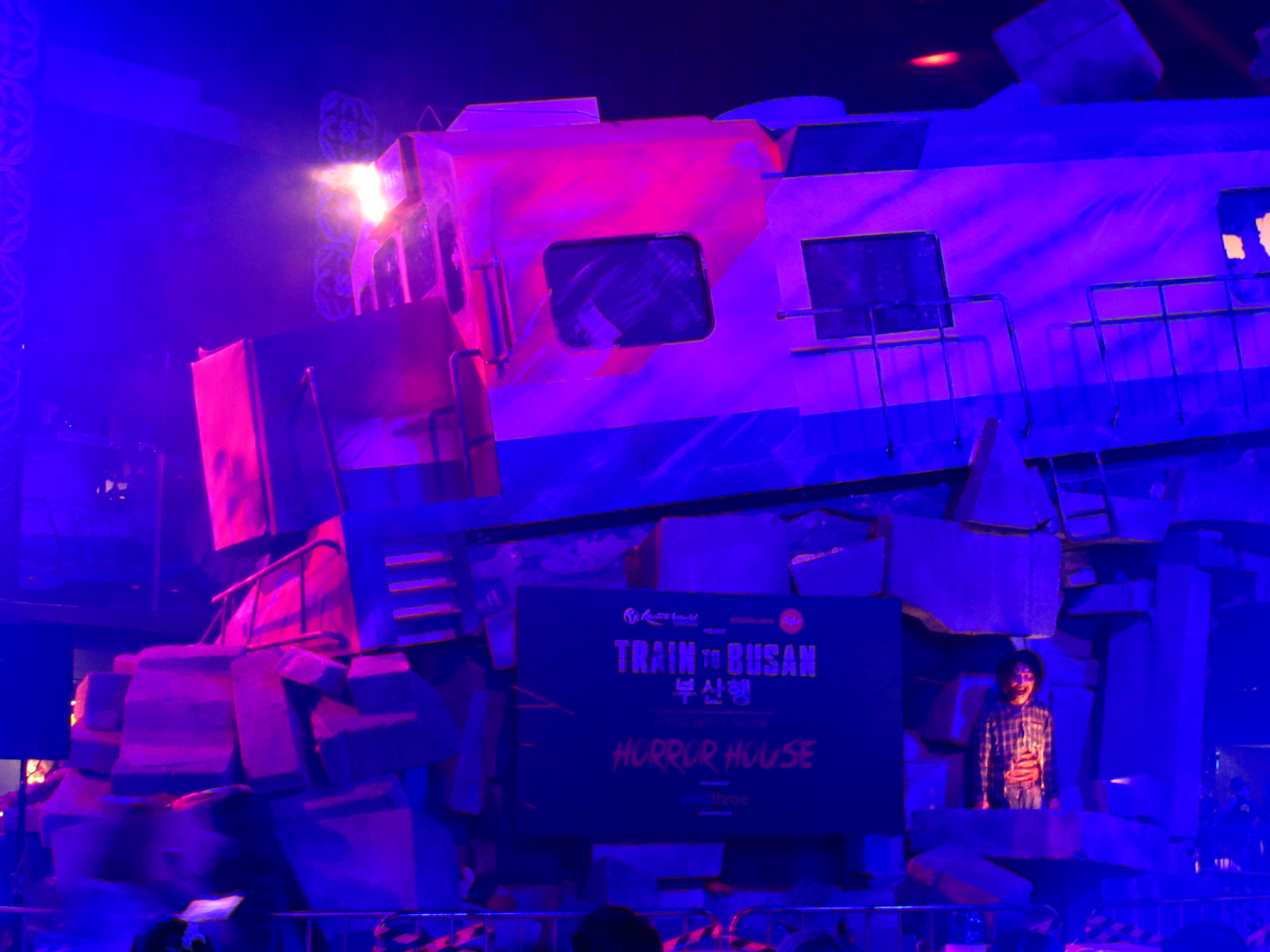 The experience will consist of several areas, each with its own set of interactive activities. Following the plot of the movie – where the father and daughter meet in Seoul for a trip to Busan – the first part of the Horror House is themed around Seoul Station. Guests will find themselves trapped in an apocalyptic version of the gigantic train station, fending off zombies and traps as they battle through environments such as the Long Corridor, the Toilet, the Supermarket, the Cafe, and the Mirror Maze to reach their goal: the train that will take them away from this hellish nightmare.

However, the train is infected too. The second part of the Horror House takes place on the actual Train To Busan. Just as the movie’s characters had to battle their way to the front car of train in hopes of surviving the journey to Busan (where a quarantine zone has been established), the Horror House tasks guests with a challenge: to make it from Train Platform and Passenger Train Carriage, through the Chemical Cargo Train and CDC Lab, to safety. The alternative will be falling as one of the infected and returning to haunt those brave enough to continue their adventure. Get to sanctuary, or fall trying.

Two additional experiences flesh out the world and mythos of Train To Busan. At the two Base Camps, guests who have survived the ordeal of the train can take up arms against the horde of zombies in various Virtual Reality and other interactive activities. These include strapping on body armour and wielding guns to defend the quarantine areas from invading zombies – just like the finale of the movie – or fighting against time to develop a cure from the ravaging virus. If all this adrenaline-packed action sounds tiring and sapping, then there is a payoff for everyone: a Seoul Retail Street that brings the best of Korean cuisine and K-pop culture as a reward for all those that have survived the horror of the Train To Busan. 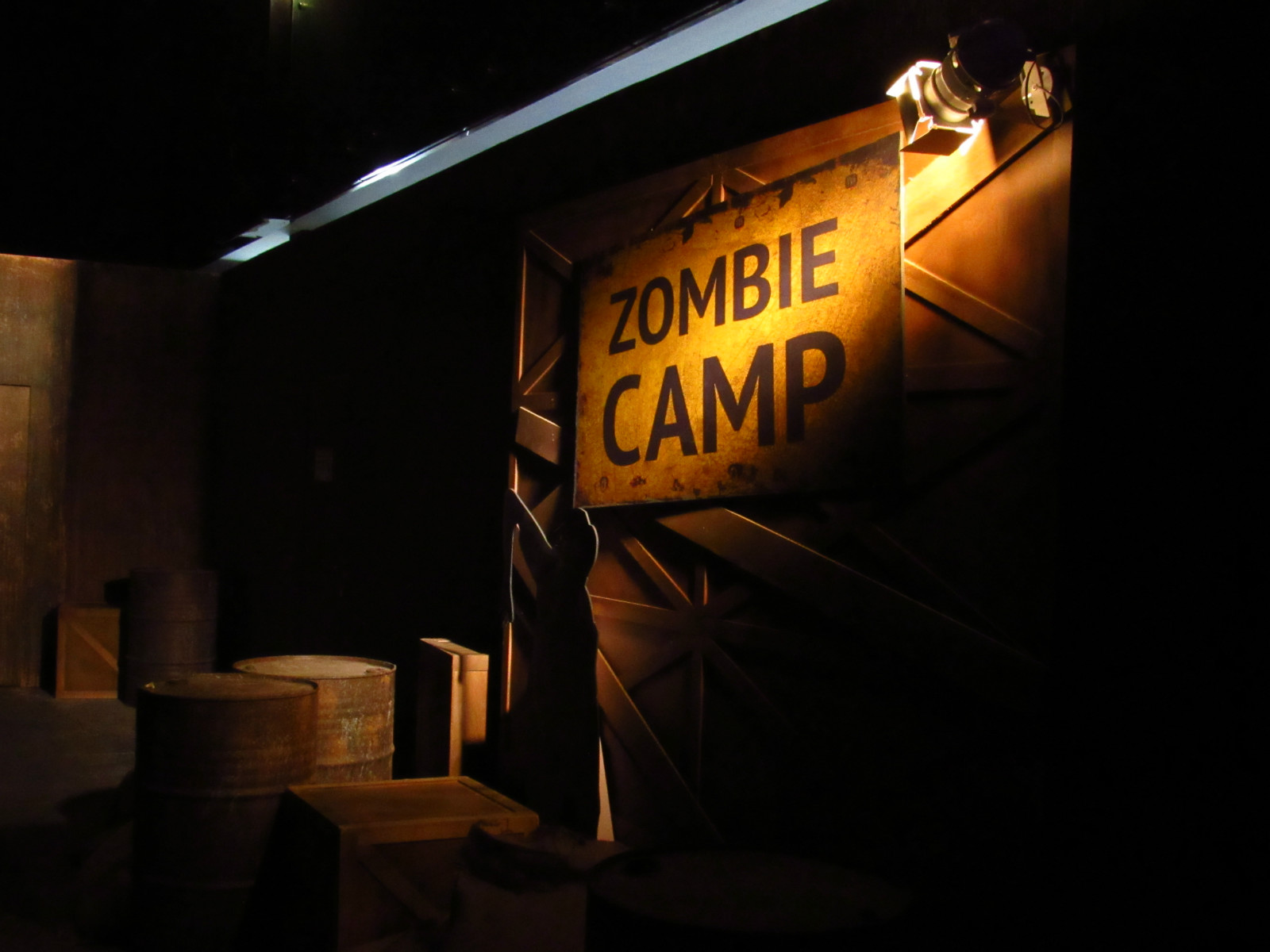 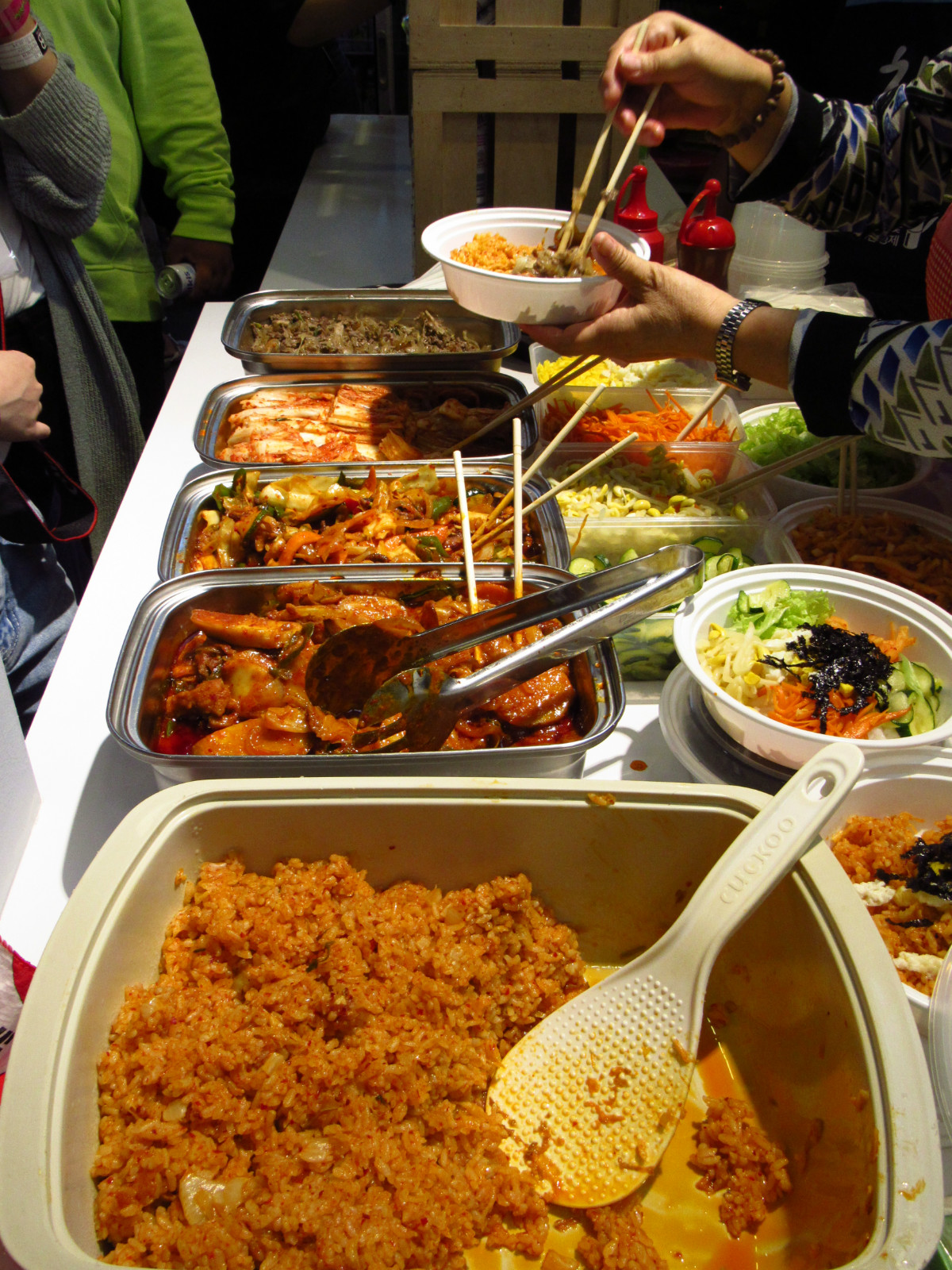 The Train To Busan Horror House experience departs for adventure at the Skytropolis Indoor Theme Park from 31 October 2019. The Horror House will be open from Friday to Sunday between 1 November to 1 December 2019, and daily from 2 December 2019 to 1 January 2020. Tickets are priced at RM90 for regular admission (RM80 for Genting Rewards Club members). A Train To Busan Horror House single admission plus Skytropolis Preview Pass combo package is available at RM128, and guests looking at skip the queue can opt for an additional Express Pass at RM30. For more information, visit www.rwgenting.com or call +603 2718 1118. For AirAsia BIG members, please visit airasia.com to purchase tickets.